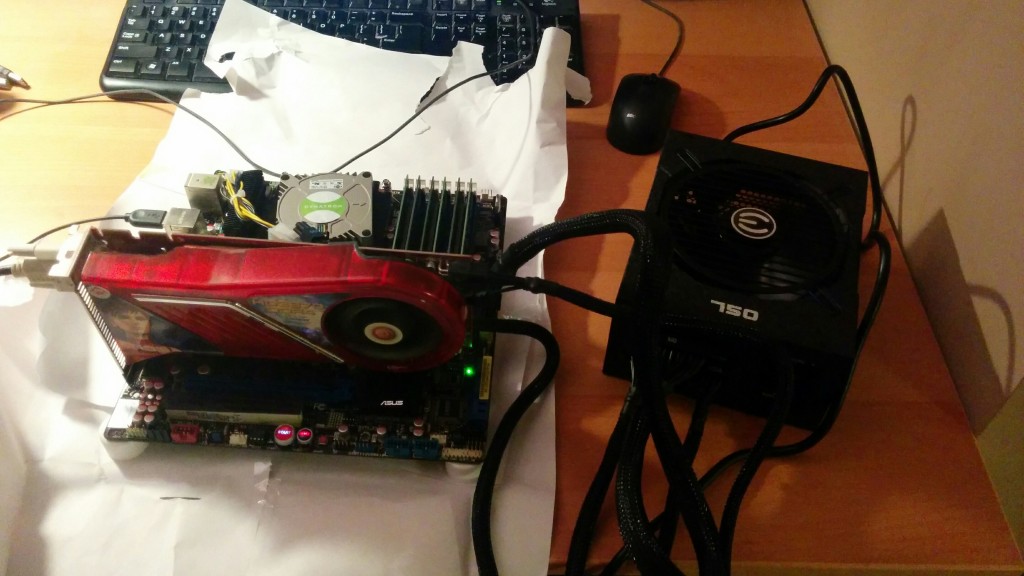 So I’ve started to assemble the parts which will constitute my new computer. This afternoon, I bought a new 750W power supply. The PSU in my current rig is getting old and though it is rated for 500W, I don’t think it outputs that any more. Many months ago, I had to disconnect my optical drive because the PSU couldn’t supply enough power to both the Blu-ray drive and my motherboard, so my computer wouldn’t boot up.

In the picture above, you’re seeing the power on test I did with the new motherboard I got for free from work, using the new power supply. All I needed to do was connect an old video card I had lying around, a USB keyboard, and three connections to the power supply. With just that, I was able to confirm that the motherboard was able to at least power on without any errors. Knowing this, I can now go ahead and take out my old motherboard and power supply from my existing computer and then put these two new pieces in. That shouldn’t take too long but I’ve never swapped out a motherboard and a power supply before.