In my last post, I described there was a bit of cold virus going around my workplace. After speaking with some friends tonight, it appears this is not an isolated case. Another video game studio just down the street from us also has been affected by a rash of illnesses. Though this is just an incidental report, another person I know at EA out in Burnaby has come down with a cold.

In my own case, my sore throat has gone away somewhat but has been replaced by nasal congestion. I am going to rest up now. Have a pleasant day.

I woke up this morning with a sore throat which is one of many things you shouldn’t discover upon regaining consciousness. I also felt a bit lethargic which told me a cold was possibly imminent. I was feeling crappy enough to consider staying home but I sucked it up and left for work.

I dragged my ass to the studio where I discovered one of the engineers on my project was also sick and had stayed home. Maybe I should have done the same. I mentioned to our office manager that I was not feeling great. She said it wasn’t surprising as there was something going around the office. One of the other engineers took a sick day yesterday and wasn’t here today. One of the artists was sick yesterday.

I felt somewhat better during the day. I’m not sure if that had anything to do with my lunch which consisted of three scrambled eggs, three strips of bacon, two links of sausage, half a waffle, and a mess of hash browns.

My nose got slightly congested this evening. Let’s hope it doesn’t get any worse.

The Avengers was released on home video today. Here’s a somewhat more honest trailer about the film. Some valid points there!

I’m sure most of you are familiar with the retail concept of “pre-orders”. This is where you plop down your hard-earned money to a store for a product that isn’t even released yet. Pre-ordering is usually done with video games and movies. As an incentive to separate you from your money, retailers will often give pre-order customers bonus items or even a bit of a discount. Normally, I never buy anything with a pre-order. There is normally no consumer item that I am so excited for that I’m willing to put my money down before the product is even available.

An exception to this was the Blu-ray release for The Avengers, a small indie film that was released this summer. I knew I was gonna buy it when the disc went on sale and then I saw that if I pre-ordered it at Future Shop online, I’d save a few bucks. Me being cheap, I thought it made sense for me to go ahead and do that.

Fast-forward to today, the day before the release. I check the web site and the exact same disc is now discounted to my pre-order price for everyone, even in store. To add insult to injury, my disc hasn’t even shipped. So what was the point of pre-ordering? With shipping, I’d have to wait until later this week to get the movie. Meanwhile, some dude could have just wiped his ass with sock and then sauntered into a brick and mortar store and gotten the disc for the same price and days earlier.

Since my order hadn’t shipped, I canceled it. I’m just going to the store myself tomorrow and get it the old-fashioned way. Pre-ordering is stupid!

Last week I was at the Safeway downstairs looking for some eats. I was near the bakery section where the one public washroom for the Safeway is located. I’ve never been in that washroom before because my home is just upstairs. It being a public washroom though, I can’t imagine being too awesome. Outside the washroom door I saw this dude waiting. I wasn’t sure if he was waiting for his turn or waiting for a friend.

The door suddenly and it seemed urgently swung open a few inches. Someone was talking to the dude but I couldn’t hear what was being said. I could, however, hear the dude’s reply.

From that, I gathered there was a bit of a dire situation going on in there. The dude went around the corner to where a security guard was standing. I heard the dude explain to the guard the washroom was all out of TP. The guard didn’t even seem to care. I couldn’t hear him reply to the dude. The dude did, however, relay the reply to his unfortunate friend in the washroom:

“Hey man, they said they’re all out. Can you use your sock?”

Wow, what a friend dude is. Imagine your friend suggesting that you take one of your socks off so that you can wipe your butt with it. It’s not like they were out in the woods. They were in a freaking Safeway. Hell, the aisle for toilet paper wasn’t even twenty feet away. If I were dude, I would have just gone down the aisle, picked up the cheapest TP I could find, buy it, and bring it to his friend. He did not do that though.

The last thing I saw was an older lady had taken mercy on our mystery friend in distress and was digging through her purse for some loose tissues. I had a feeling though, the situation required more than just a few loose tissues though. If I were dude’s friend, I’d seriously reconsider the friendship. Dude seemed kinda dumb. 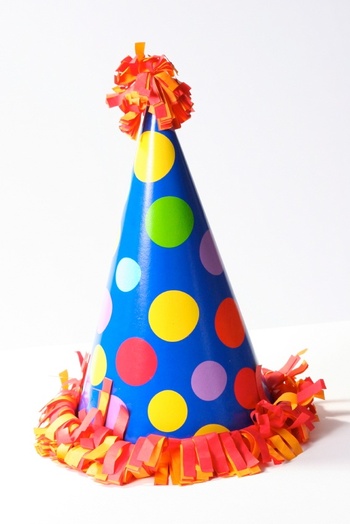 On the weekend, I was talking to someone whom I know in the local video game industry. This person works for a company that suffered some layoffs recently. Given the sad state of the industry here in Vancouver, that could describe a lot of companies so my desire to keep things somewhat anonymous won’t be too difficult.

Anyways, my friend told me the recent headcount reduction meant his company had many computers left lying around. Management had decided it wasn’t worth trying to sell the computers so they’d just give the surplus away. I was told if I wanted one of these I should just send my friend an e-mail. Who doesn’t want a free computer? Now you might be thinking these might be crap computers but in my experience and I’ve worked at many a game company, the workstations that are in use by game developers usually are pretty damn good. Slow computers means less productivity so getting cheap computers for your employees doesn’t make a lot of sense. Now I know the remaining workers probably got the cream of the crop computers with the eight cores but I was hoping for something pretty good in any case.

I’m super happy that my friend was able to get this computer but then I quickly realized I’m not sure how to get it home. As most of you know, I don’t own a car. My friend’s studio is located about two blocks from a Skytrain station. I suppose I could lug the thing two blocks to the Skytrain station and then heave it up a long flight of stairs but it would suck. Computers are heavy. Try lifting your computer case right now. The other thing is I have to get the computer during normal business hours and I usually work later than the guys in the other studio.

I’m thinking I might grab the computer during lunch and utilize the fact my mother works fairly close to my friend’s workplace. I can either drive my car there, put the computer in her car, and then drive it back to her. Or, I could just take a quick cab ride to her parking lot and drop it off there. She can take it home and I’d pick up at my parents’ place on the weekend or something.

It’s a small hassle I suppose but hey, free computer.

Every September I expect the sun to disappear in a flash and the cold, grey, and rain to take its place like summer never happened. In fact, I remember several Septembers where Labour Day arrived and it immediately began raining and pouring until next spring.

Luckily, this September hasn’t been like that. We’re nearly three weeks into the month and it’s been sunny and relatively warm this entire time. Did I just jinx it by writing that? Perhaps but the forecast for the next seven days calls for clear skies and sun. A whole month of sun in September? I can’t even remember the last time that happened. A truly rare occasion in Vancouver.

What do you, my loyal readers, do with all your files and other important paperwork? When I moved into my apartment, I bought a small, knee-high filing cabinet for all my paperwork. I keep all my financial documents like tax stuff, mortgage, pay statements, and banking info in this cabinet. Over the year, this cabinet is now bursting at the seams. It’s gotten to the point where I just stack all my new papers and files on top of the cabinet where it forms this precarious Jenga-like structure. Clearly, this isn’t a permanent solution.

I was thinking about getting a much larger three drawer vertical filing cabinet. This would cost me over $150 at Ikea and even more at Staples. The cheaper and possibly more efficient way to solve this is to buy a couple of bankers boxes. This would be a more modular solution. Where do you keep all your paperwork?

Last week some of you might have noticed this site was unavailable briefly on Monday. This was due to a major outage over at GoDaddy which hosts both my site and e-mail accounts. My blog was affected too much but my e-mail was probably unavailable for about an hour. Other GoDaddy customers were impacted much worse. In any case, I don’t do anything mission critical with this site nor my e-mail, so it was just a minor inconvenience to me. Despite this, GoDaddy gifted me a $7 credit to my account, which is good for two years. That’s not bad considering I didn’t even expect anything.

I know of a local video game company here in Vancouver who surprisingly uses GoDaddy for their corporate e-mails. I am almost certain Monday was a really bad day for them.