Admittedly, I did not plan on waking up at 2pm this afternoon but seeing as how I went to bed at 5am, it could not be helped. That damn Wikipedia sometimes can waste hours of your time at a blink of an eye.

Undeterred, I got up, had some breakfast, got changed, played some Xbox 360, and then proceeded with my original plan. I was going to work today. We’ve got lots to do on the game so the more I can do before the break ends, the better shape I’ll be in when crunch time comes. Plus, I wanted to see how it felt going to work in the late afternoon instead of the late morning.

I breezed into work a little before 5pm after leaving the house just after 4pm. Surprisingly, one guy was in the office but he was using his computer to play Battlefield 2142. It took me about an hour to settle in and remember what I was doing before the break. Looking through my code, I planned what needed to be written next.

Around 7pm, I got hungry and it was off to the Japanese restaurant up the street to pick up a bento box for dinner. Returning with my dinner, I spent the next twenty minutes eating and reading Xbox 360 game reviews on the web.

It was then back to work. I worked straight, essentially without any breaks, until 11:30pm when I decided it was probably wise to take the second to last bus of the night.

There were several things I noticed after I did my stint at work. The first was that I really enjoyed being there. I got lots done and I felt like I was super focused on my tasks. Usually, I feel a dip in my energy level in the afternoon on a normal day but not tonight. I powered right through the six plus hours. In general, I felt very productive and wished every work day could be like this. When I returned home, I felt completely relaxed and quite pleased with the whole evening.

I only left because I didn’t want to get caught downtown after the buses stopped running, otherwise I would have stayed later. In fact, I was on the verge putting some really cool stuff into the game. I think I might return to the studio either Friday or Saturday afternoon to finish off the current task I’m on.

I’m of the opinion now that I’d probably enjoy a 4pm – 12am shift if that could be arranged. Now, I know some of you are probably wondering how that might impact my social life, but to be very honest, nearly all my friends have moved away, so it wouldn’t change it all that much.

If you’re wondering, the title of this post refers to an incident (real or fictional, depending on the source) that occurred on a US Navy ship in the 40s. According to some, an accident caused the ship to briefly teleport to another location. Upon it’s return, some say five crewmen were found fused to ship. Neat stuff! 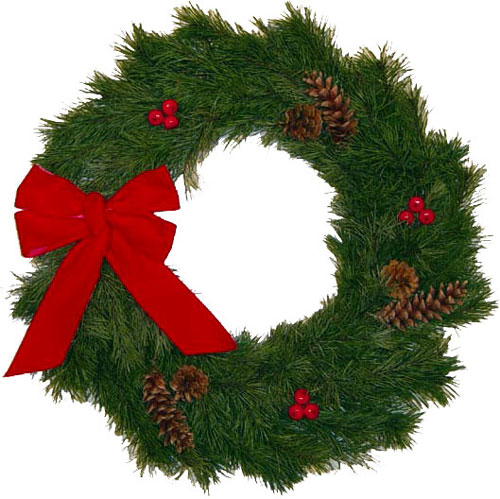 Once again, it’s time again for my annual holiday greeting. From everyone here at erwintang.com, we’d like to wish you a happy holidays. May this festive season bring you joy and merriment!

As with most people, I get a much needed week off starting on Monday. It’s been a very exhausting couple of months. Making a new game from nothing is hard work. There’s a lot riding on what we do, so people want to get it right.

If I only do one thing during this week off, I’m hoping it’s to get caught up on all my sleep. Since around September, all it seems I’ve been doing is chasing the sleep I need. I probably have a massive amount of sleep debt right now. I need to get some rest.

Well, I should probably go to bed now.

If the story involves live things emerging from a person’s body, it’s probably going to wind up on this blog.

So out of Indiana comes this story of an elderly woman who was admitted to hospital from a care home. Doctors and nurses found sores on the woman’s body, which is not uncommon since many people who are bed-ridden get sores. The story didn’t end there though. Let me share with you some quotes from the story:

“When the nurse removed the woman’s pants, the material pulled the skin off the woman’s legs, from the knees to the ankles”

I’ll be very honest and say that I’m looking forward to playing Burnout Revenge, so I’ll make this post short.

Actually, there were reports of about 100 Santas heading towards the Metrotown Skytrain station armed with alcohol. The police had to intervene but they were sent on their way. Does anyone know more about this? 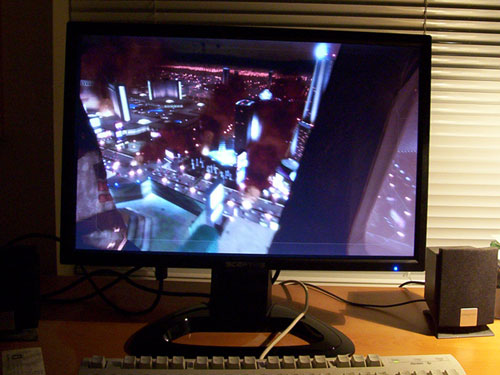 My weekend can be summed up thusly: lots of Xbox 360, a housewarming party, and little time to post anything of value.

If anyone wants to see the uncensored version of the SNL digital short shown on the weekend, you can find here. The show was surprisingly very average despite the return of The Barry Gibb Talk Show.

I’m not sure why I like reporting about these events. I wrote about a similar story in a previous post. According to the article, at least this guy lived to tell his side of story.

Well, it took about two decades, but I finally left something behind when I got off the bus yesterday. I didn’t have my messenger bag with me, so I had multiple items to keep track of instead of the one bag that held everything.

When I boarded the bus, I shoved my umbrella in between the seat and the wall of the bus. It was out of the way and made for a more comfortable ride. It being out of the way ultimately was my undoing. The other bag I had with me contained a housewarming gift that I had bought during lunch and a copy of G.R.A.W. which I was quite eager to try.

When it was time to de-bus, I hopped up and left my umbrella behind. Sure, people leave umbrellas behind all the time but I really liked this umbrella. It was the first piece of swag I got from Backbone Entertainment when I was working for them. The umbrella was bar none, the best umbrella I’ve ever owned. It both opened and closed at a push of a button. I’d never seen that in a brolley before. It also had a foam handle that made holding it a pleasure. Last but not least, it had an amusing gorilla version of the Backbone logo on it.

I am going to get a replacement umbrella that has the same features. Once you’ve had the best umbrella that a game company gives away for free, you just can’t go back.

This time around, Greg exacts pedestrian justice on the crazy drivers of Vancouver. Offences are listed as well as sentences. It’s a compact and quick summary of urban law at its best. All of this is chronicled at spitwilliams.