I almost forgot to mention to you, my loyal readers, that I’m going back to work next week. As most of you know, I have been enjoying my time off since December. I began my job search in earnest after I got back from sunny San Diego. The job search took about two months but I was able secure a full-time position with Koolhaus Games. Before accepting, I contemplated taking a few contract offers but after doing two contract jobs, I decided to focus on re-acquiring a full-time gig. The two contract offers I received were from some really cool studios and the work would have been interesting but in less than four months, I’d be back on the unemployment line again.

While theoretically more stable, a full-time gig isn’t really immune to the volatile nature of the video game industry. A colleague of mine has said the only difference between a contract and a full-time job in the video game industry is that in one case, you’ll know when you have to leave the company, in the other case, your company decides. As an example of such volatility, just today, a local studio, Relic Entertainment laid off 39 full-time employees.

So while I’m happy to be full-time again, I know anything could happen. Having said that, this new job will be a bit of a departure for me. First, Koolhaus is the smallest studio I’ve ever worked for. I believe they have around 30 employees, possibly less. Before that, Backbone Vancouver was the smallest place I’ve worked at, with about 100 people at the time that I joined them. The small nature of the studio should lead to less red tape and quicker decisions being made. The second item of note is that I’ll be learning about developing games in the mobile and tablet space. They’ve made games for iOS and Android, both for phones and tablets. The development environments for such games are very different compared to console games so I’ll be learning some new skills. That’s not to say I’ll be abandoning the consoles entirely. Koolhaus is also involved in some work for both the Xbox 360 and the PS3. So it should be interesting. Koolhaus is located in Yaletown so it will be quite convenient to meet up with my all my other friends in the industry, especially those at Microsoft.

I start Monday so I just have a few more days of freedom to enjoy. Bring on the unlimited taco beef.

I’m working on some lengthier posts so tonight I’ll need to make it short and put up some filler. In the interest of “going big or going home”, the above video is ten straight hours of What Is Love from Haddaway. I’m not sure if I recommend you watching the whole thing. 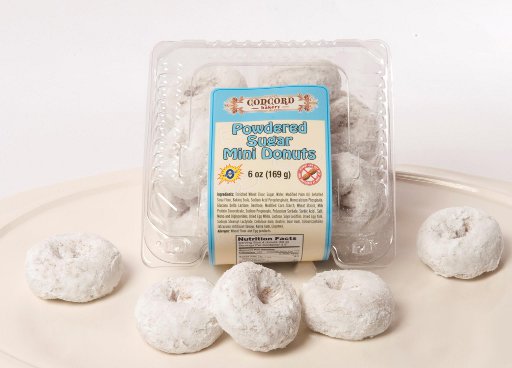 As many of you know, I love eating foods that taste great but are bad for my diet. I continually amaze myself by finding new ways to abuse my body. My most recent adventure in gluttony involves Walmart which sounds as good as you might imagine. The Walmart that I patronize recently expanded and started to offer a complete assortment of grocery items. This location now sells meat, produce, frozen foods, just about everything you’d expect is a standalone supermarket. They also have a pretty extensive baked goods department.

The one item that caught my eye amongst all the baked goodies were all the small packages of mini doughnuts and doughnut holes. You can see an example of these offerings above. Such a package costs just a $1. One dollar will get you about a dozen or so little delicious doughnuts. I can’t resist them and I usually buy at least one package every single time. Though I try to pace myself, I wind up eating a whole package in less than a day. Thank you Concord Bakery for making such tasty treats! Walmart also deserves some thanks for leveraging their massive amount of buying power to get these doughnuts to me for a dollar. 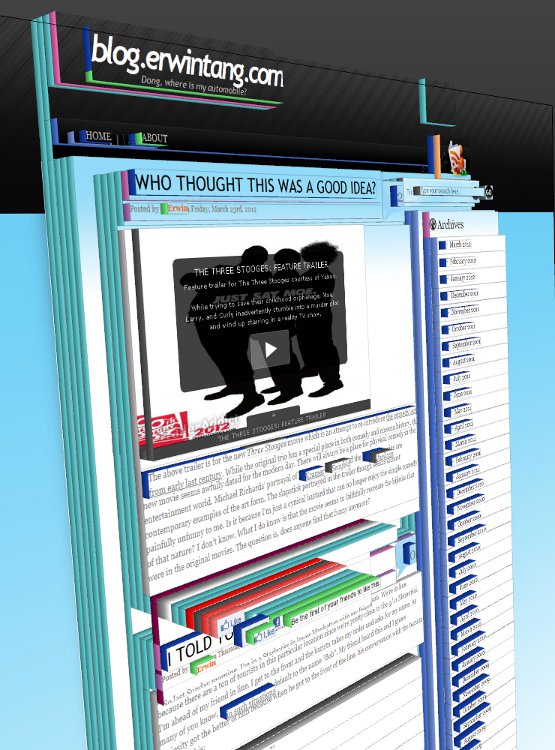 So the image you see above is this blog visualized in 3D. If you’re running Mozilla Firefox 11.0, you can actually visualize any web site in 3D in the same manner. It’s part of the inspection functionality where you can analyze pages. If you’re already running version 11.0, just press “Ctrl-Shift-I”. Then click the “3D” button in the lower right. Hold down the left mouse button and move to rotate the page. Here’s the large version of this blog in 3D. I am sure this feature is super useful for real web developers but for me, it’s just kinda neat to see.

The above trailer is for the new Three Stooges movie which is an attempt to re-introduce the comedy act from early last century. While the original trio has a special place in both comedy and cinema history, this new movie seems awfully dated for the modern day. There will always be a place for physical comedy in the entertainment world. Michael Richards’ portrayal of Kramer in Seinfeld and the Jackass movies are contemporary examples of the art form. The slapstick portrayed in the trailer though seems almost painfully unfunny to me. Is it because I’m just a cynical bastard that can no longer enjoy the simple comedy of that nature? I don’t know. What I do know is that the movie seems to faithfully recreate the hijinks that were in the original movies. The question is, does anyone find that funny anymore?

So last Sunday morning, I’m in a Starbucks in lower Manhattan with my friend Tyson. We’re in line because there are a ton of tourists in this particular location since we’re pretty close to the 9/11 Memorial. I’m ahead of my friend in line. I get to the front and the barista takes my order and asks for my name. As many of you know, in such situations I default to the name “Bob”. My friend heard this and I guess curiosity got the better of him because when he got to the front of the line, his conversation with the barista went like this:

“And may I have your name?”

As we moved over to the waiting area, I shot my friend a “I told you so” look and he said he now understood why I do what I do in those situations. It’s quick and simple. If you don’t believe me, try it yourself. When someone in the food or beverage industry asks for your name, try it with my mine.

I guess I shouldn’t be surprised that I came down with a cold last night. It was a hectic last few days, with not a lot of sleep. Combine that with the interaction with who knows how many people in airports, the hotel, and on the plane I was in a good spot to fall ill.

2012 has been a terrible year for staying healthy. This is my third cold of the year already. I had a slight cold while I was in San Diego. When I came back, not a week later, I developed a full-blown, knock me out cold. Now I have this cold which is currently plugging up all my sinuses. I used to go a whole year with just one illness. I hope I don’t average one cold a month this year, that would be awful.

I’m going to crawl into bed and get some rest now. 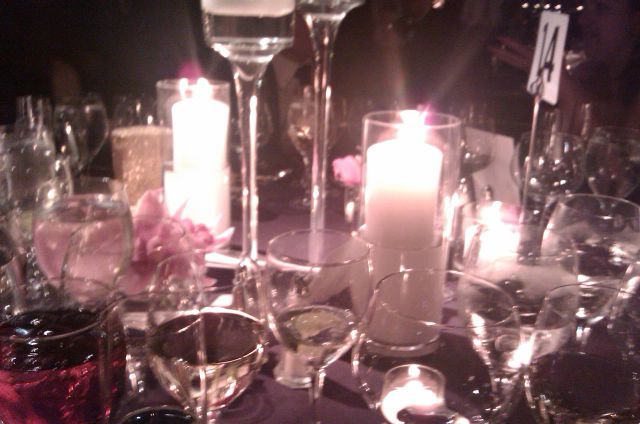 It’s been a crazy evening so far as I’ve attended a wedding ceremony and then reception at Chelsea Piers; after which I had a drink at a bar that was perhaps too cool for me in the Meat Packing district.

I’m now just returned to my hotel room and hastily packed as I need to be heading to the airport in less than an hour. See ya soon!