I got my new digital camera today. It’s smaller than my old camera and everything seems to be a little more thought out in terms of functionality.

Tonight, we had a little combined birthday party for Rhonda and Carolyn. I made use of the video feature on my camera. 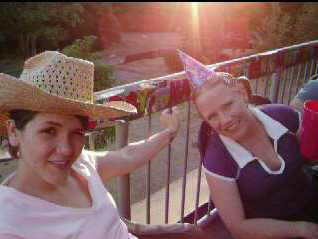 I’m going to try to get some video editing software to tweak the sizes and add in titles and transitions. Star wipe!

The great thing about writing to my blog is that it can be cathartic at times. I can get things off my chest and generally feel better afterwards. This post is one of those times.

In all my years of driving a car, I have only pumped my own gas twice. I can’t even remember what the hell you do when you’re finished pumping your gas. I know if the station is old, you go in and pay. Do ya tell the guy what pump you’re at? Does he know how much you need to pay? I sure as hell don’t know.

If the gas station is new, I know that there are instructions at the pump so you can pay with debit or credit card right at the pump.

The whole point is that pumping gas is a very foreign activity to me. You might be asking why. Well, there are two main reasons. First, I don’t own a car, never had and probably won’t for a long time. When you don’t own a car, you usually don’t need worry about car related things like changing the oil and or buying wiper fluid. It’s the same reason why I don’t need condoms.

Now, you might be asking if I’ve ever borrowed my parents’ cars. You bet your ass I have. Now you might be thinking that I’m a pretty bad son for not once filling up the tank when I’ve driven my parents’ cars. Well, you’d be wrong, I’ve gassed up both my parents’ cars more times than I can count. Here’s the twist though. Everyone of those times I’ve gassed up, I did it in Coquitlam. Coquitlam just happens to have a by-law where every gas station in the city must full service. Not self-serve and full service, only full service. Someone has to pump your gas for you. There is no other option in Coquitlam.

So, those are the two reasons why I have no idea what to do at a self-serve gas station. Phew, I feel better now.

P.S. Try reading the post again, except replace “pumping gas” with “having sex”. It’s fun that way as well.

No, I did not see the fireworks tonight. I do, however, know where I want to see them next… Spanish Banks. Tonight, a group of SJC residents drove down to Spanish Banks. They left around 9:30pm. Parking was apparently no problem. They waited less than half an hour for the show to start. They were back before 11pm. No mess, no fuss, a quick and to the point way of seeing fireworks.

This is where I want to go on Saturday. Anyone want to drive me? Chris Conklin, I’m looking in your direction. Maybe we can take some ladies with us. Or, more likely, we’ll wind up going by ourselves.

I wish I had taken time out last night to shave.

An interesting weekend is coming to a close as I type this. While it wasn’t exactly a wild two days, I certainly had fun.

On Friday night, several of us went to Memphis Blues again for dinner. Two Elvis platters were ordered for eight guys. We came really close to finishing them both, but we had to resort to take-out containers. You should never have to take the bus home from that place. Too much walking. Always have a ride back, because that’s just too much meat to drag back.

After dinner, some people wanted to watch Aliens. I just wanted to sit, drink ice water, and cool off. And that’s exactly what I did. When the movie finished, we fired up Call of Duty on the LAN and did some old-fashioned gaming. As always, it was a blast. I discovered it was a lot of fun to kill Pat with the panzerfaust. Afterwards, I was sweaty and thirsty, but that’s par for the course.

On Saturday, I ventured downtown for the first time in many weeks. I went to the Swatch store on Robson to get my watch band replaced. Having a leather band is nice, but it certainly does not fit an athletic lifestyle like mine (ha ha ha), where I have my watch on as I play tennis, softball, and hockey. Yeah sure, I could take my watch off when I do those things, but it feels weird. So, I had my band replaced with a plastic one.

After returning from downtown, I played hockey with the boys. The teams were left to chance and it was ridiculously one-sided. I got stuck on the short end of that deal but I didn’t mind that much. Actually, it wouldn’t have been that bad, save for the presence of one guy. I won’t mention names, but he doesn’t live at SJC and never did. It got kinda chippy but cooler heads prevailed.

For dinner we decided we were going to Boston Pizza for dinner. Memories of weekend overtime meals from working at EA flooded back into my brain. BP was a frequent choice for QA teams. The plan was to assemble at the clock tower at 6pm. I got there early and watched the steady stream of people walking back from Wreck Beach. I saw one young lady walking back to the parkade with a towel wrapped around her. I looked away for a second and then looked back at her. When I did, I had blink to fully comprehend what I was seeing. She had unwrapped her towel almost completely and her side was facing me. It was then I realized I was seeing one of her beautiful, sun-bronzed breasts. She wrapped herself up again quickly, but it was too late… she had already made my night.

When the other guys showed up, I told my story to anyone who would listen. After everyone was ready to leave, we started to walk towards the cars, when these two women walked in front of us from the beach. They were still in their two-piece bikinis. It was a sight to behold. Their bodies were fit beyond belief. I’m pretty sure other ladies would have commented on them as well, not just guys. As these two lovely women walked by, it left our seven-man sausage party absolutely stunned.

After all that excitement, we had a pretty tame dinner at BP by comparison. As we were walking back to our cars after our meal, we passed by the garage exit of an apartment complex. There was a Mercedes sedan stopped in the driveway with a middle-aged woman in the car. As we walked by, the woman called out to us.

“I think I need a jump, do you have cables?”

Phil, the perennial nice guy, said he would help her out. I have a short list of guys I’d want in a fox hole with me, and Phil is on that list. He’s that dependable. It doesn’t take seven guys to jump-start a car, so Adam and I just waited on the sidewalk. Phil moved his car to hers and tried to jump-start it, but it didn’t work. You could tell it wasn’t her battery because she was opening and closing her power windows at will. They eventually pushed her car out of the driveway and parked it on the street. To show us her gratitude, she opened up her trunk, and gave us a music CD. That would seem weird, except that she had performed on that CD. Believe it or not, we had just tried to help June Katz, local jazz singer. We put her CD in Phil’s car stereo and listened to it on the way home. It was pretty good. I joked that I was going to take her CD, convert the tracks to MP3s, and make them available to Kazaa. In the “Comment” tag, I’d write, “From the guys that helped you jump your car”. That would be mean.

Today, Sunday, I played pitch and putt for the very first time. We ventured out to the course at QE Park. I had never hit the ball before with a club other than a putter. I chose a nine-iron. I gotta admit, hitting a golf ball is not easy. There were maybe three tee-shots that I thought were decent. The rest of my shots were just crap. I didn’t make par the entire time and the best I could do was several bogeys. Despite that, I had a lot of fun and would do it again in a second. I finally understand why people love and hate golf at the same time.

And that was my weekend. In a nutshell, it was: meat, LAN gaming, watch band, hockey, boobies, and pitch and putt.

It’s the trailer everyone has been waiting for all summer… it’s Superbabies: Baby Geniuses 2. It stars Jon Voight and Scott Baio. Scott Baio? Seriously? To top it all off, it was filmed in Vancouver.

Last night, I was at 7-11 and bought a litre of Nestle’s Real Dairy ice cream. As the name suggests, this ice cream contains fresh cream and other milk ingredients.

Approximately, forty-five minutes ago I had about 100-150g of this ice cream. It was tasty. As of this time, I am not feeling any ill effects. Curious. I am wondering if I require a “detonator” of sorts before things “happen”. I might eat an apple soon to see what transpires. I’ll keep you posted.

Does the following picture look like I am kissing a taller, hotter lady? Let’s hear your opinions. 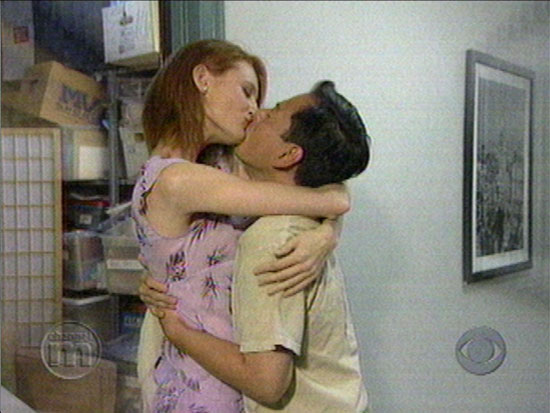 I found an interesting link on the Internet today. Yes, it’s the small Wang museum. It’s not very big, but it’ll leave you satisfied.

All this talk about me being lactose intolerant is making me wonder. What if I am? Well, all I know is that I just had a chocolate malt and I have a softball game in one hour. Let’s see how this plays out.