It’s a long weekend for most of North America with Labour Day on Monday. While it’s supposed to be a three-day weekend, it will be only two for me, possibly less. The team has been asked to come in for at least one day of the weekend. This is one of the unfortunate and less than glamorous parts of being in the games industry.

Despite the unofficial team weigh-in that everyone is doing, I threw caution to the wind and ate ice cream after dinner both yesterday and tonight. I’m about four lbs over the weight I was before I started all this OT so I guess I’m doing ok. A fellow co-worker, who shall go unnamed, is apparently nine lbs heavier than just a few weeks ago!

Many moons ago, I relied on a former co-worker to get me a job at PopCap Vancouver. He was the one who told me about the position, forwarded my resume, recommended me, and then kept in the loop during the hiring process. It’s so much better when applying for a job when you know a person on the inside. As many of you know, I did get that job, due in part to my former co-worker, who was then going to be a current co-worker again. To thank him, I promised I’d take him out to lunch once I got settled in my new position.

Unfortunately, fate intervened and my co-worker was laid off in my very first week at PopCap. There was a shift in studio strategies sent on down from the HQ in Seattle, which often means a change in personnel. It left me in a difficult position as I didn’t want to force him to have lunch with me as the wounds of being laid off were still very fresh and raw. So, I left it with him that he could contact me when he was ready. I’d assumed he’d probably want to focus on his family and his job hunt first. So that’s where we left it.

Fast forward to last week and I saw my former colleague in the lobby of my current workplace. He’d been hired by another company in the building. He greeted me with a warm smile and a handshake. I reminded him that I still needed to repay him for his generosity. He said he was open to it anytime. Now that we both work so close to each other, I’m looking forward to holding up my end of the bargain next week. 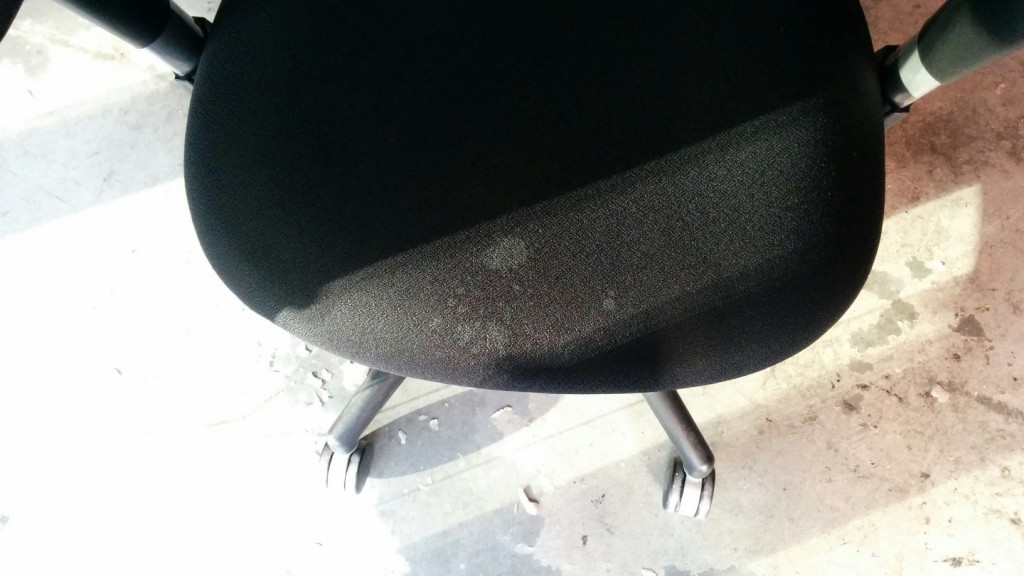 I just realized the stains on my work chair are in a very bad place. I don’t know where these stains came from and I’m positive they were already there when I started working here.

I had to work OT tonight and my OT dinner consisted of a terrible spaghetti and meatballs. I’m going to suggest we never order from that place again.

We started weighing ourselves at work today. This was at the suggestion of one of my fellow programmers. He wanted to see what our weight fluctuations would be like as we worked through the last part of our project. It was an optional thing but lots of people did it including me. I discovered your clothes and shoes weight a lot. I bet I get fat going forward.

The company BBQ is at Stanley Park this Wednesday. I’m looking forward to it.

So on the weekend, the second annual food cart festival in my neighbourhood took place on Saturday. Unlike other food cart gathering in the city, the one in my ‘hood doesn’t charge admission to just get in.

The only unfortunate thing about this festival of food was the timing. It started at 4pm and went until 10pm but I had a family dinner the same evening. I went over to my parents’ place where my brother-in-law had cooked a delicious prime rib roast. The roast was very, very good so no complaints there. In a demonstration of first-world problems, there was just too much food to eat that night. After eating a huge prime rib dinner, I still wanted to eat food cart food.

After dinner, I got home well before 10pm but I was just still too full to justify buying a tub of poutine or chicken and waffles. I could have bought some food and then just ate it the next day but really, food cart food is best eaten immediately. The only thing I could do was buy half a dozen glazed doughnuts from the Krispy Kreme cart. I love KK doughnuts and these would definitely keep fresh until the next day.

In general, the whole food cart festival was well-organized and I think both the public and the vendors were happy with the event. I can’t wait next year when I can hopefully stuff my face with all sorts of food cart food.

I’m happy to report that this weekend is a long one. I worked on BC Day, which was the last public holiday in this province. To make things right, I’ve been granted a day off tomorrow.

I have no plans for the extra day off other than sleep in and go watch a matinée of Guardians of the Galaxy.

I hope my co-workers finish the game in my absence.

At lunch today a co-worker wanted to go get some gyros but myself and another person weren’t so hot on the idea. So we let the gyro lover choose another place. He chose New Peace restaurant on 630 Davie Street. Now we’ve gone there several times before and each time left me with a good impression. The food previously was very tasty so there was no reason for me to not go again.

So off we went to said restaurant. We ordered the usual fare which consisted of Shanghai fried noodle, Shanghai steamed dumplings (pictured above), pan-fried dumplings, beef wrap, and some gai lan. The Shanghai fried noodle came out first and it was awesome. The wok hei imparted on this dish was truly spectacular. It all went downhill after this. I should have known something was wrong when the beef wrap came out kinda cold. I’ve never had beef wrap so cold before. The pancake portion was almost room temperature and the beef, while cooked, seemed almost colder.

The kicker came when the Shanghai dumplings arrived. Now usually, because these dumplings are steamed, they arrive radioactively hot. The inside juices of the dumpling are basically near boiling temperature normally so everyone is very cautious of just biting into one. I took one and gingerly bit into it. It was not hot at all, in fact, it seemed kinda cold. I thought this was weird. Dumplings like this shouldn’t be so cold. Perhaps they’d left it out? If so, why wouldn’t they have just brought them to us? I ate the rest of my dumpling but the texture was all wrong. The meat inside felt too mushy.

My co-workers thought there was something wrong too. Stupidly, we all tried another dumpling just to see it was just our imaginations. Nope! Same thing. There was a left over dumpling, so one of my co-workers took it apart with his chopsticks. We discovered the pork meat inside the dumpling was all soft and mushy, it had not been cooked all the way. Oh no. We complained of course and they took the item off our bill. That was the least of our problems though. We had all consumed potentially undercooked pork. If this was beef, I wouldn’t have even blinked but this was pork, dangerous deadly pork.

So the waiting game started. I knew that I’d have to wait at least eight hours or so before I could feel some relief they maybe I wouldn’t have caught something. We all went back to work and went about our business. I checked up on everyone every hour until around 3pm. To my somewhat surprise, everyone was ok. I didn’t feel nauseous or weird at all during the afternoon. I even had two cups of coffee and didn’t feel the need to poop!

So on the weekend, my parents tell me they’re going down to the local summer fair on Tuesday because it’s free admission day. The Pacific National Exhibition is a decades long staple of the last two weeks of August where people of all ages can enjoy rides, food, and fun. I guess I can understand why my parents wanted to go. They have free time and admission was waived.

Well, I come home tonight to find out that many, many people also took advantage of the free admission day. According to this news report, there were lineups of up to two hours to just get into the fair. All of this just to save $16 for my Mom and $8 for my Dad who is considered a senior. I know my parents hate lineups so I imagine the whole thing was just a pain in the ass for them today. I would have gladly given my parents the $24 so they could have gone another day and saved all the hassle.

This is why I’m extremely wary of free stuff sometimes. In most cases, it’s such a hassle to get the free crap, it’s worth it to pay the money and not deal with all the BS.

I used to watch this show as a kid and I desperately wanted it to succeed since there were so few shows about science fiction and superhumans on at the time. It was cancelled after just one season, airing less than 20 episodes.

Now as an adult, I can see why the show did not do well and we should all have an appreciation of how good sci-fi and superheroes stories are now, in both TV and movies. 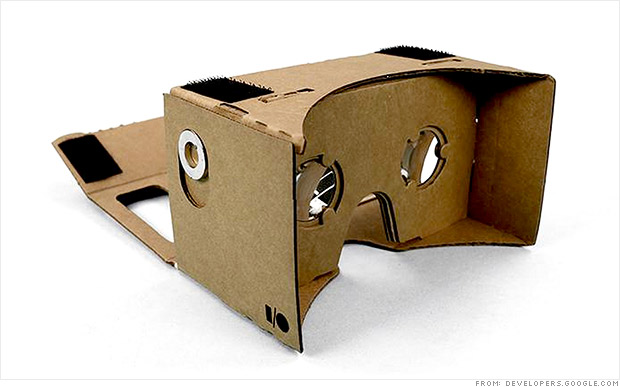