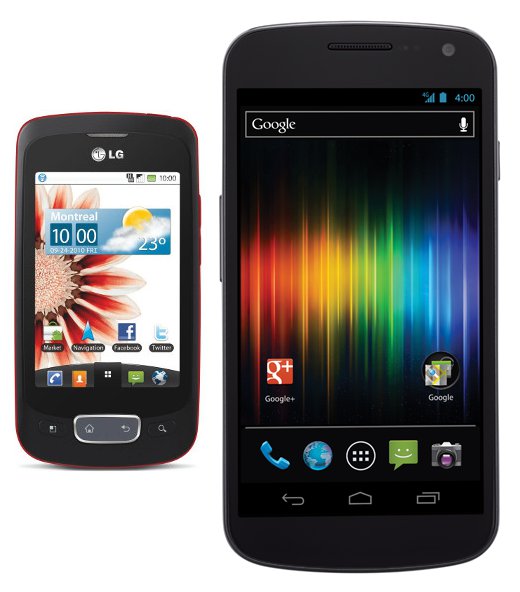 At the end of February I was very well aware that I needed to buy some RRSPs before the end of the tax year. For those who don’t know, RRSPs are tax shelters and optionally, can be investment vehicles over the course of time. From a personal standpoint, I am also required to buy RRSPs as repayment for the Home Buyers’ Plan.

Now RRSPs can come in many different flavours but my preferred choice over the years have been mutual funds. They offer a diversified portfolio in a single product and at least to me, they seem easy to research. So there I was about to buy some mutual funds for an RRSP contribution. Now as I was looking at which account to put these mutual funds in, I must have just gone totally stupid for a minute and decided to put the mutual funds in a tax-free savings account. Now I know a TFSA account is different from an RRSP account. I know that now and I knew that back then. So I’m still wondering how I managed to be so stupid and put the mutual funds into the wrong account.

I didn’t realize the error of my ways until this week, nearly two months after the RRSP deadline had passed. There are several consequences to my blunder. First, this caused me to have not purchased a single dollar of RRSP investments for the 2013 tax year. This means the amount of tax credits I have for the previous year will be miniscule. Almost none of my income will be sheltered from the tax man. Second, because I was required to repay some of my RRSP through the HBP and failed to do that, about $750 will be added to my 2013 income and that’s taxable income by the way. This compounds the first problem where I have no tax shelters at all this year.

All this means is that I’m almost positive that I will have to pay additional taxes this year after I do my income tax return. I’ve only had to pay additional taxes once in my entire life. That year was a crazy exception when I received a huge severance package from EA and then started working almost right away, effectively doubling my income for several months. Sadly, this won’t be the reason why I’ll be paying more taxes this year.

I encourage you to double-check your financial situation in January to ensure that you’ve taken care of all your responsibilities before the tax year comes to a close. Had I noticed in time, I would have just bought actual RRSP investments in addition to the funds I put into my TFSA account. Money wasn’t even an issue! Now, I’ll literally be paying for my stupidly. Don’t be like me folks!

So the last few days I’ve been dealing with a mild sinus infection. It hasn’t been that bad, just a bit of congestion and some mucus.

Today was different though. I woke up this morning, was feeling pretty good but blew my nose anyways to clear out the old sinuses. There was some mucus so I kept blowing my nose. I cleaned that up but I kept blowing my nose and there seemed to be more mucus. Rinse and repeat several times and there I was amazed by the amount of stuff that kept coming out of my nose. I didn’t even feel particularly blocked up either. With my sinus passages seemingly clear I went to work.

My day at work was uneventful save for the end where I started noticing the pains associated with a sinus infection. It was the start of these sharp pains behind my right cheekbone. They got worse after I got back home as the pain spread to behind my right eyebrow. For anyone who’s had these sinus pains for the first time, it’s then you realize how extensive your sinuses extend throughout your face. Fortunately, this particular infection was not as bad as the one I had in 2005 that was so painful, I couldn’t sleep. Still, I took an Advil tonight and that seems to have chased the pain away.

I’m hoping these pains mean the sinuses are finally clearing, otherwise I think I may need to see a medical professional soon.

Like many of you, I receive e-mails as an alumnus from my previous schools. Some come from a very general level, like from the university as a whole while others are more specific, like directly from my former department.

I received one such e-mail today from the Department of Mechanical Engineering at the University of British Columbia. I’ve been invited to an informal student and alumni networking event a local pub. The goal is for alumni to pass along advice to students about school, careers, and life after university. I think this is a great idea. I’d like to attend, the only thing that gives me pause is that I never really used my mechanical engineering degree to do anything practical at all.

I feel like I have lots of advice to give but I’m not sure it’s the advice the department or the students are looking for. Still, it’s free food and drinks though, so maybe it’s worth going anyways.

I believe some of you have already seen this but in this video above Tonight Show host Jimmy Fallon plays egg Russian roulette with someone named David Beckham. Some of the eggs are hard-boiled and some of them are raw, thus the Russian roulette part.

Hard to believe Mr. Beckham would subject his perfectly coiffed hair to this.

As I alluded to in my last post, I’ve been fighting a cold since last week. It started off with a really minor sore throat that lasted about half a day and then it proceeded into sinus and nasal congestion. I actually took the day off from work on Friday to rest since I just felt generally crappy from not being able to breathe easy. It turns out that was a good thing, since I slept in until 2pm on that day.

My cold hasn’t featured any other symptoms other than the congestion. I don’t have a cough, chills, aches, or anything else. I can’t remember the last time I’ve had congestion this long. I’m good to go to work tomorrow but I’m most definitely gonna be all stuffed up still. When I blow my nose, all the mucus is clear, which I guess is a good thing. I’ve had colds before where my nasal mucus is this groovy green or slightly brown colour. It’s super interesting to see that but not this time around.

Illness has befallen me, so I lack the energy to write the usual crap that you’re all accustomed to. Instead, you’ll just have to watch this video above. Remember when teachers used to show VHS tapes on a TV in class? It was probably because they just couldn’t deal with us stupid kids that day.

Anyways, in this video, everyone’s favourite associate producer, Jordan Schlansky accompanies Conan to a cowboy apparel store. You know, I think in this segment, Conan was meaner than usual with Jordan. 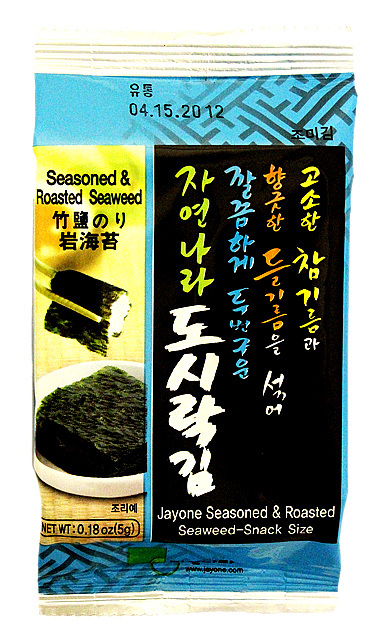 In a quest to eat healthier, I’ve decided to reduce my consumption of potato chips and cookies. I still like snacking though, so I sought out an alternative. I first tasted seaweed snacks when I was a kid. Some people I knew from Hong Kong gave me a small sheet of this dark green, impossibly thin wafer of seaweed. I did not like the taste. I’m an old man now and I’ve consumed so much seaweed in so many different forms since then that seaweed snacks are tasty to me. I like crisp texture and slight bit of salt on it gives it enough flavour.

This evening alone I’ve eaten three packages, which isn’t hard to do since the combined 15g of seaweed doesn’t amount to much. Interestingly, a single package gives you your 100% recommended intake of iodine. I’ll try to stay the course for this healthy snacking going forward.

Conan took his show to Dallas for this week. While in Texas, he spent some time to experience what it would be like as a Mary Kay cosmetics consultant. What transpires is a combination of awkwardness, shame, and hilarity. If you liked the segment, check out this super cool, true 360 degree behind the scenes video, no seriously, it’s 360 degrees.

This evening I downloaded the latest OS updates for my trusty and old Dell Mini 9 netbook. This computer, which is now an ancient six years old, runs Windows XP. The updates included a notice from Microsoft. Next Tuesday will mark the end of extended support for Windows XP, meaning virtually everyone who still uses it will no longer get any updates from Microsoft. Any security exploits from then on will never be patched. The OS will be left to fend for itself in the virtual wilds.

Windows XP has always treated me well. It was the first version of Windows that seemed reliable, secure, and powerful. I was in my first year of grad school when I got my first look at XP. Through the computer science department, all students got free access to certain Microsoft products, which included XP. At the time, I was slightly hesitant to move away from Windows 98SE but I knew it was time, after all, this was 2002!

I was so content with XP that I didn’t upgrade to Windows 7 until 2011. I actually had a copy of Vista at home but then saw how poorly received it was and decided not to install it. By the way, if anyone wants a copy of Vista Ultimate, you let me know.

Just because Microsoft is ending support doesn’t mean I’ll stop using my Dell with XP. It primarily is just my torrent machine now but beyond next week, it will still serve me well, even as the wolves circle closer with their new, undefended attacks.