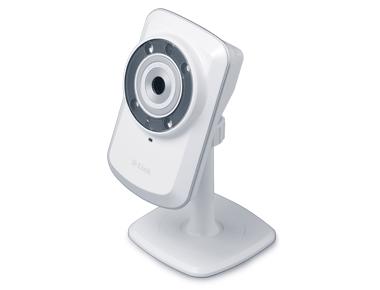 For the last several weeks I’ve been thinking of enhancing my home security with a network-enabled camera. Some of you might remember that I set up a camera when I first moved into my apartment a few years ago. That was very much a ghetto set up. I used a $9 web cam that had the resolution of a toaster, which had to be connected to a PC, and used freeware software to drive the whole thing. It was also a pain in the ass to access the stream from outside my home network. In the intervening years, cloud-enabled network cameras made things much easier. Cameras no longer need to be connected to a PC, are now wireless, and can be accessed easily and quickly through a PC and even mobile devices.

I had my eye on this particular model for a while. It was cheap but had all the functions I wanted, including a night vision mode that allows the camera to see in the dark. It even allows you to see your camera stream from a smartphone or tablet. I ordered the thing from Staples when I received a $20 discount coupon via e-mail. I did the ordering online in the morning before work so I was a bit groggy still. As I was entering the shipping address, I put my home address instead of my work address, which would have been a lot easier. Obviously I’m not home in the daytime. I only realized what I had done after I hit the “submit” button to place my order. I didn’t think it would be a big deal since many of Canada Post deliveries just go next door to the post office if I’m not here. I just pick it up in the evening after work. I read through the shipping FAQ on the Staples web site and saw that they use a delivery service and not Canada Post. If you’re not there to take the delivery, they take the package back and try again two more times before they give up. Your order is then cancelled. Damn.

My only recourse was to leave a note addressed to the delivery guy that stated I was ok with him leaving the package at the door to my apartment. I’d then have to risk having my package sit there at my door for hours. I didn’t want my order to be cancelled so that’s what I did. I was hoping the delivery would happen later in the day, like around 5pm, so it wouldn’t have to sit there too long. No such luck. The delivery dude buzzed my phone at 11am and I let him into my building. He dropped off the package at my door while I was at work. All day at work I wondered if my camera was still going to be there when I got home.

I didn’t get home until 7pm and I was cautiously optimistic about my chances. The people who live on my floor are generally very nice people. Only three other apartments are on my side of the floor, so only they would see this box lying at my door step. One of those apartments has a couple that I’ve been friendly with in the past, so I didn’t think they’d take my stuff. There was a chance some random guy could walk by and take it but my building is secured and you can’t just walk into my building.

As I ran out of the elevator on my floor upon my return I held my breath as I turned the corner. I looked down and… there it was, a small box on my door step. My camera had sat there for almost eight hours and no one had taken it. Was it pure luck or that my neighbours are just good people. I like to think it’s the latter.