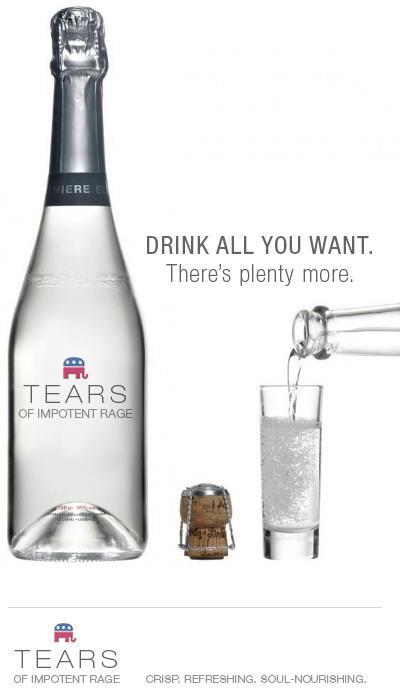 It’s been just over 24 hours since President Obama’s victory over Mitt Romney. In those hours, there has been a flurry of activity from the conservative right-wing in the US. First, there was sadness, oh so much sadness. If looking at pictures of despondent Republicans is the kind of thing that gives you joy (count me in!), then you’ll be wanting to visit this site. Then came the anger. If there’s one thing the right-wing are good at, it’s generating sputtering, frothy anger. The finger-pointing began in earnest. Some pointed it at Romney himself. Like so many conservatives, others choose to blame everyone but themselves. New Jersey Chris Christie was a target, mainly because he gave President Obama a bear hug. Fox News was quick to blame the mainstream media in influencing the election. Oh the delicious irony of that. If you want to read a more even-handed analysis of why Romney lost, you can start with this piece from CNN.

Then there was the absolute, insane reactions that you’d expect from moronic right-wing voters from across the mental stability spectrum. We can start with Donald Trump who had what can only be described as a honest and old-fashioned meltdown on Twitter. Just hours before the election, he tweeted that no matter what the outcome of the election, the American people were the ones who still needed help and that they needed to be the focus. That all went out the window as soon as the President won re-election. Calls for a revolution were his message then. He really went off the deep end. He deleted some of those tweets but everyone screencapped all of them. So much for cooperation and bipartisanship eh Donald?

Then there were those who filled Twitter with promises to buy as many guns and ammunition as possible today. What a curious and dumb thing to focus on after the election. I suppose the thinking here was that President Obama was imminently going to remove the right to bear arms from the US constitution. Strange how in his entire re-election platform no mention was made of any changes to the right of arms ownership nor any laws pertaining to gun control. Guns were not the focus of this election in the slightest. President Obama never once said he was even thinking about changing course on gun ownership. And here’s the real kicker that I could not and still can’t figure out. President Obama has been the President of the United States for four years now. He didn’t just become President today or will be President in January. He’s been doing that job for four years now. If your guns haven’t been taken away yet, what makes you think they’ll be taken away now? What? Did they think he was just waiting for a second term to outlaw guns? Oh yeah, I’ll risk waiting for a second term that might not ever come to repeal laws. People need to think before saying dumb stuff.

Last but not least, there was the outcry from the religious right. Oh man, these people are frightening. Take a look at this reaction. Or this one. Better yet, how about this Twitter account? Now when I say religious right, let’s just be honest and call it what it really is… the Christian right. These Christian fundamentalists are in absolute throes of agony that President Obama got re-elected. They’re bitterly disappointed that somehow their nation is no longer a nation that represents their Christian God. How deluded and out of touch are these people? The United States is not some theocracy, where the President rules with a law book in one hand and the Bible in the other. America is populated with people who practice many different religions, not just Christianity. There are Americans who don’t practice any religion. The US government serves and protects all their citizens without regard to their religious beliefs. There’s a reason state and church have been separate for many, many years now. There’s no Department of Christianity now is there? So spare me your lamentations about the decline of the United States as some God-fearing Christian holy land. The election was about voting for a President, not a Pope. They should go live in Vatican City if they want a church to control their government.

Wow, so that was just day one of watching US conservatives scrambling to find some direction. I wonder what other reactions we’ll see in the days and months to come.