I just learned this evening that my entire apartment building and the one next to it will be without power for eight hours next Saturday. From 11pm on Saturday to 7am Sunday, the power will be off. They are installing the last bit of the power hookups to the retail complex that is being built beneath my apartment. For some people, this isn’t really a problem. For me, it is an inconvenience I’d rather not deal with. I know some of you are out on most Saturdays but I’m just as likely to be at home on that evening, playing video games or whatever, as I am out on the town.

Maybe I’ll make sure I’ll be out that evening so that I don’t have to spend a good portion of my evening in the dark without anything to do.

So it has come to my attention this week that some dude thinks the world will end this Saturday. Apparently, this dude is arriving at this conclusion from a Christian point of view. To be honest, I’m not very familiar with the aspects of Christianity that supposedly back up his claims. Now if we were talking about the Ark of the Covenant, the Holy Grail, or the Shroud of Turin, I might have some more informed thoughts.

I doubt the world will end on Saturday. The world is as likely to end on Saturday as it was likely to end on those fictional Judgement Days that came and went in the Terminator mythos. Though one could argue that the work of Kyle Reese, Sarah Connor, and John Connor might have accounted for that. I’m mixing up fiction with religion now, and when I do that, I tread upon dangerous territory.

Anyways, in my experience, significant events that occur on this planet have almost no warning beforehand. Stuff just happens. One day you wake up and PSN is down. Another day, you’ll go get your paper and your neighbour is trying to eat your brains because he’s now a zombie. It’s very difficult to predict when bad things are going to happen. Look at the dinosaurs when they were wiped out by that comet. They had no warning. If they did, I’m pretty sure they’d send up two teams of dinosaurs to blow that comet up in dinosaur space shuttles. Instead, there was nothing those Jesus horses could do.

I’ll see ya around on Sunday! 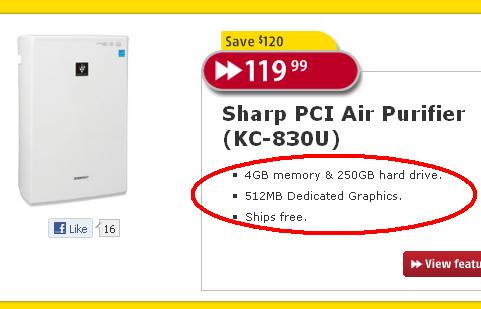 In a previous post, I wrote about the air purifier I have in my home. Future Shop is currently having a deal of the day sale where the current deal is another air purifier. I knew I should have waited. 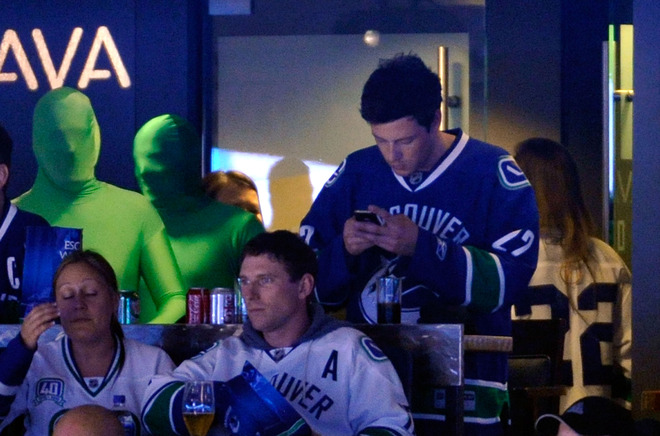 The last several days have been some of the busiest for this blog. I received a large amount of visitors who were looking for either the “creepy Nashville kid” or the “little girl and her squirrel“. By the way, I have the #1 and #4 top ranked Google search results for those things. In the end, people were only looking for the videos and not anything specific to this site. Well, it’s better than having no traffic at all.

Don’t worry, I’ll get them to come back with my witty stories, like the time Mrs. Krabappel and Principal Skinner were in the closet making babies and I saw one of the babies and then the baby looked at me.

The image above is from my visitor logs to this site. Someone at Valve came for visit. I hope they liked what they saw. I always get giddy as a schoolgirl when someone famous visits this blog. If this is the reason we don’t see Episode 3 for another two years, I’m ok with that.

Last night after doing routine maintenance on some of my Little Pony collection, I went to bed and to wondrous sleep. Some time just after 4am, I was awoken. I didn’t snap awake, instead, I was gently pushed back into consciousness. There was a nagging stimulus that tugged at me until I reluctantly opened my eyes. There was a ringing which had woken me. It wasn’t the fire alarm. It wasn’t my phone. It was the buzzer to the intercom downstairs. It kept ringing. Now awake, I realized no one I knew would be visiting me at this hour. Very few people know where I live and even fewer know what the intercom code is. Anyone who would legitimately want to see me would have called me first. I looked over to my phone in dark. It was still and appeared to be sleeping. None of the indicator LEDs were blinking, so I hadn’t missed a call.

The ringing stopped. I laid in bed for a few more seconds before I realized my balcony over looked the street entrance to my building and more importantly, the intercom. I got up, slid opened the balcony door, and stepped into the darkness of the early morning. Looking over the railing I saw nothing. Who ever had buzzed me was gone. I stepped back into my apartment and slid back into bed. Unfortunately, I was now wide awake and also thirsty. A glass of water solved my thirst but I was still awake. It probably took another hour or so before I was able to fall back to sleep.

I wonder who that mysterious person was that stole an hour of sleep from me. Was it a random prankster? Someone who punched in the wrong code? Was it the future me, who came back in time to warn me about the impending zombie apocalypse? Maybe it was just a fault in the intercom software. I don’t know. What I do know is I’ve unplugged the connection to the intercom and won’t plug it back in until tomorrow morning.

This video was brought to my attention by a friend of mine from grad school. Thanks Dana. In this gem, an absolutely adorable little girl shows us her new squirrel friend. If that had been me at her age and my mom, she woulda smacked that squirrel away from me faster than a photon in a perfect vacuum (I actually don’t know if that’s fast). I would have also been placed in a shower designed for nuclear radiation accidents. Instead, this little girl’s parents seem to be pretty cool about the whole thing. 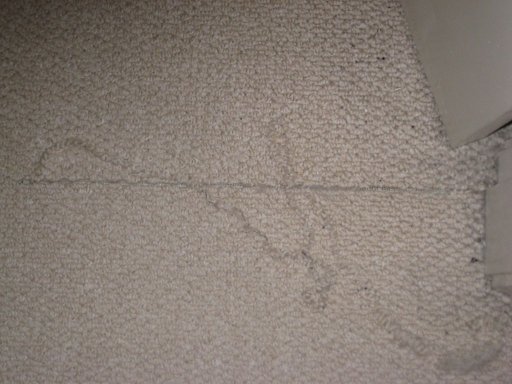 The picture you’re seeing above is of the carpet in the door way to my bedroom in my apartment. The picture doesn’t show it very clearly but there is a long chunk of the carpet missing. I didn’t do this on purpose.

I was vacuuming in my apartment last week when I began to push the unit towards my bedroom. I heard something get caught and I noticed something weird going on near the carpet. I quickly stopped the vacuum and went to see what the hell had happened. When I looked closer, I saw that a huge, long thread from my carpet had came undone and had wrapped itself around the rotating brush underneath my vacuum. Where this thread had been was now a long gap in my carpet. I could now see down into whatever base was installed beneath the carpet.

Even though I was the first person to move into my apartment after it was built, I actually wasn’t the person who got to specify all the design options during construction. I actually have no idea what type of carpet this is. Is it Berber? Bieber? It seems to be woven which is why pulling on the thread caused it to do so much damage. If I had my choice, I wouldn’t have gotten this type of carpet. It feels rough on the feet and it’s not very thick. Plus, having it unravel like that sucks. If I had it my way, I would have either gotten the regular tufted carpet or hardwood floors.

Now how am I gonna fix this?

The above video shows the kid that the Nashville Predators trotted out to center ice to motivate the home crowd before Game 4 against the Vancouver Canucks. I am sure he was nervous getting in front of all those people and I give him accolades for remembering his lines. He does, however, come off as being a bit odd in some sort of way that I can’t exactly pin down. Maybe it’s his delivery and those eyes. Anyways, I’ve never seen a team bring out a kid to diss the opponents before a game. I like how Nashville is thinking outside the box.

As a bonus, at the same game, here are the Green Men chatting up Nicole Kidman and Keith Urban.