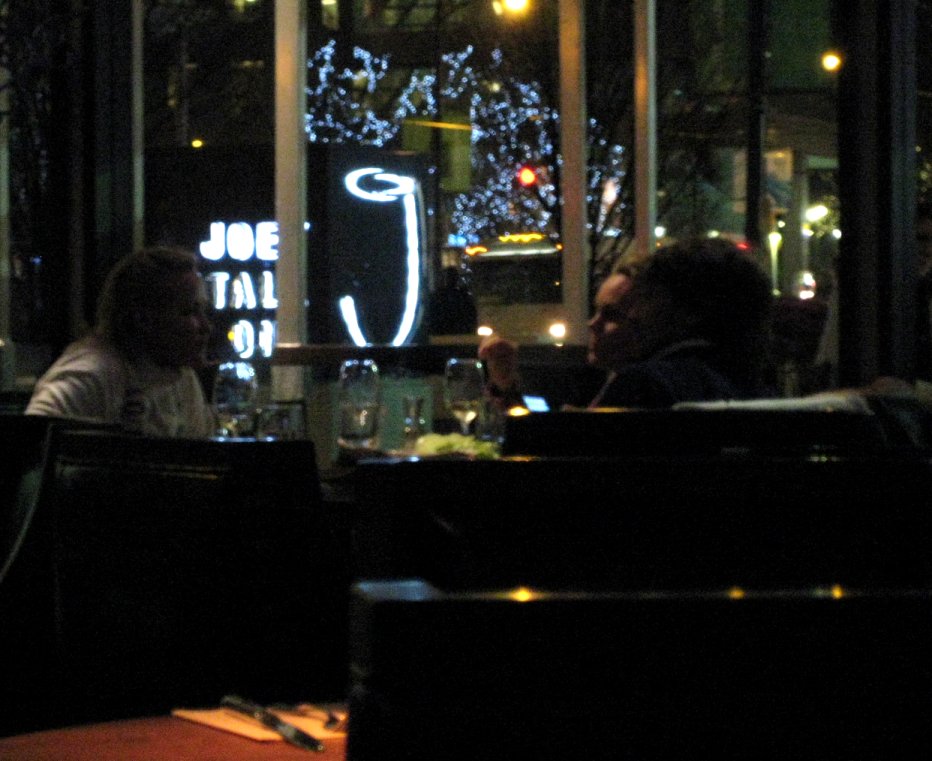 This evening, a co-worker and I decided to have a few drinks at Joey’s on Burrard, just a few blocks from the Olympic cauldron and the international broadcast centre. While we were discussing the results of today’s Olympic hockey games, I noticed a quiet and unassuming gentleman returning to his seat at a table not far from ours. The gentleman was Teemu Selanne, current player for the Anaheim Ducks of the NHL and even more currently, Finnish Olympian in the sport of ice hockey.

Selanne had just arrived at the restaurant/lounge from his team’s 2-0 victory over the Czech Republic out at the UBC Thunderbird Arena. I guess the team didn’t linger out at UBC because he was downtown well before 11pm. Selanne went relatively unnoticed for the most part. He shook a few hands and a few people gave him a thumbs up from outside through the windows. The most overt bit of gawking came from a few young Canadian males who cautiously came somewhat near his table and took some pictures, much like a person takes a picture of a deer in the wild. I tried to be discreet while taking the above photo of Selanne from my own table. My co-worker and I debated the merits of approaching him but decided he deserved to have his privacy.

We left before Selanne did but he appeared to be quite relaxed as he enjoyed a beer with his two companions. With the sheer number of athletes and celebrities in the city, I wish I’ve had more brushes with greatness over the last few days. The Olympics aren’t quite over just yet, so let’s see what happens.

One thought on “BRUSH WITH GREATNESS”