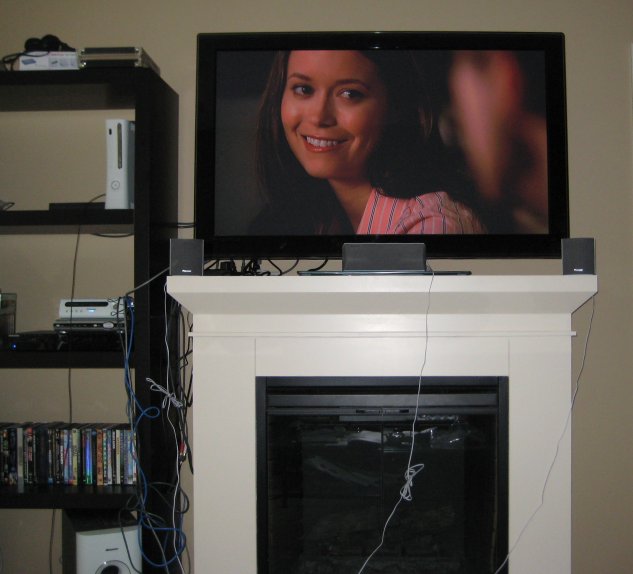 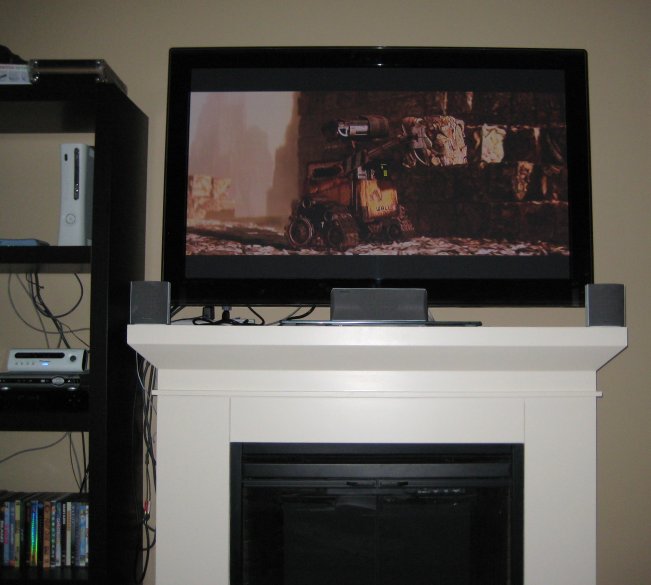 My TV was delivered just a half hour or so into the five hour waiting period that I thought I might have to sit through. The delivery guy was a nice fellow too. Though it wasn’t part of the basic delivery service, he took the TV out of the box, put it on the stand for me, and helped me put onto the fireplace mantle that I hate with a passion.

I did a real quick setup just to make sure everything was working. The first picture you see above is how everything looked with no regard to where wires should go. Note the real big mess of wires to the left of the TV.

After running through a series of Blu-ray discs, DVDs, HD cable, and some Xbox 360, I shut everything down. I then proceeded to reroute almost all the wiring which included speaker wires, Ethernet, HDMI, digital optical, and power for four different devices. The second picture shows the results of my “clean up”. While wire placement is more logical now, it just appears that I smeared the mess of wires out further and to the left. Oh well, it’s a work in progress.

Overall, I’m quite pleased with the TV so far. My first impression was how small 50″ looks when you have it at home. I can’t believe I was even considering a 46″. Since I have a plasma and not an LCD, I’m being careful and opting to do a break-in procedure. I’m getting real impatient because a hundred hours of low contrast and low brightness viewing really sucks ass. I’m thinking I might do twenty hours and then light that mofo up again.