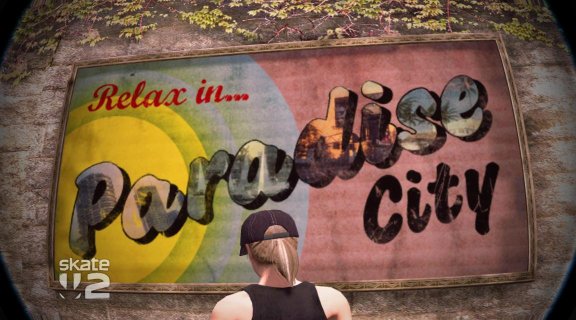 When I was kid, I immersed myself in a lot of fictional places, worlds, and universes that came in the form of books, comics, TV shows, and movies. The best fiction always found a way to be somewhat believable, fantastic, daring, consistent, all with a pinch of crazy.

One of the things I enjoyed the most about fiction was when two separate worlds I really liked connected in the most briefest and smallest manner. The stereotypical example of this comes from comics where one superhero will have a cameo in the issue of another superhero. How many times has Spider-Man teamed up with another costumed crusader to save the city? Because this happens so much, this type of interaction is less special.

These cameos also appear in sitcoms as well. In years past, characters from Mad About You appeared on Friends. In movies, such interactions exist also. One of the most well-known examples occurred in the second Predator movie. At the end of the film, we can see a whole group of Predators in their spaceship. Among the many trophies lining the ship, one can easily discern a skull of the unmistakable species from the Alien movies. Though the skull appeared on-screen for mere seconds, it sent sci-fi fans into a tizzy at the thought of Predators engaging in combat with Aliens. The inclusion of such a prop eventually led to the Alien vs. Predator movies.

Of course, cameos can also be found in video games and this is where the story becomes personal for me. About one year ago, our brothers and sisters over at Criterion released their fantastic driving game Burnout Paradise set in the fictional setting of Paradise City. In Paradise, there’s an in-game narrator of sorts named DJ Atomika. One of the stories he relates to you is how he was previously partying with the skaters of San Vanelona. Of course San Van is the fictional city setting for the original skate. This one little bit of audio was Criterion’s subtle tip of the cap to us at Black Box. It also meant that the two cities existed in the same universe, whatever that happened to be.

I thought this was awesome for Criterion to do and I really wanted to return the favour. At the time though, we were in the very early stages of making skate 2, so anything I came up with had to be first cleared with production and any actual work had to wait for much later. It wasn’t until very late into the summer of 2008 that I decided to get the ball rolling on this. In the interim, I had managed to have a quick discussion with our studio head about my idea and he was cool with it. By the summer, I also decided that our nod to Criterion should probably be in the form of some billboard ad. To me, it would appropriate if say the tourism council of Paradise City decided to adverstise in New San Van.

I first contacted the environments producer Shaun, who brought in the art director for the city, Caroline, for all of us to have a quick chat about what we wanted to do. I mentioned my idea but gave full creative control over to art since that’s what they do best. In the end, two billboard designs were made, one tourism related and the other comparing New San Van to Paradise City. Seth, one of the FE artists on the team, created each of the billboards and he showed me the results on a fine summer day. When I saw them in-game for the first time, I was extremely pleased.

Now while we were finishing up skate 2, there was an unexpected cameo in another game. In November, the team upstairs released Need For Speed: Undercover which takes place in the fictional Tri-City area. In that driving game, there’s a copious of amount of radio chatter between cops and dispatchers while you drive around. In one instance, a patrolman reports in that he’s discovered an unconscious skateboarder in the road. The patrolman further goes on to say that the ID of the skater states he lives in New San Vanelona, the setting for skate 2. Wild! So now we know that Paradise City, New San Vanelona, and the Tri-City area all exist in the same universe.

Just two months later, we managed to get skate 2 out the door, with our two Paradise City billboards located in various parts of our city. At first, I wondered if anyone would notice our small nods to Criterion. Sure enough, after just a week or so, people started posting their findings on message boards. One user even posted a video. Now I only wonder if anyone at Criterion has seen the billboards.

I’ve had the privilege of being part of many cool things while working at EA but this ranks up there with everything else, even if it was a super tiny element of the entire game. Thanks to Shaun, Caroline, and Seth for listening to my ideas. Thanks also to Tom and the other Shaun for placing the billboards in the city.

What other secrets are there to be discovered in the EA universe?