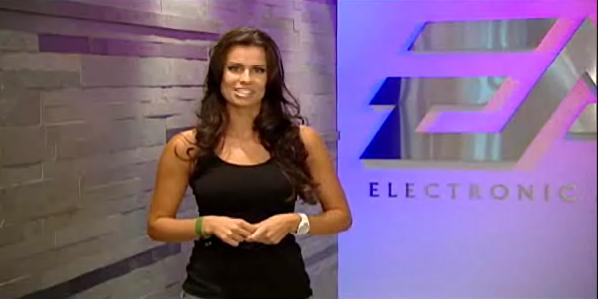 The gaming portion of the web site AT&T blue room came to EA Black Box to do a multi-part feature on skate. The host of the show, the lovely Brittany Allbright, did a taped tour of the entire floor where skate. was made. They picked an unfortunate time to come to Vancouver since most of the team, including myself, was on a very well-earned vacation. I didn’t even know these videos existed until tonight. It’s just my luck that the one day an attractive lady comes to talk to the team on camera and I’m away. I know I would have probably just made a fool of myself but hey, I want that chance. They must have did the taping in late August or early September.

Anyways, there were some people around, so a few of my co-workers were able to get on camera. Ms. Allbright was led around the floor by the always entertaining Chris Parry who is also known as “Cuz” in the online community. Click here for the video tour of skate. central. If you look closely in the video, you’ll the see the entrance to the awesome “executive” washroom where people go do their important business. The rest of this series is quite interesting, I don’t think another web site got this much access to the game.