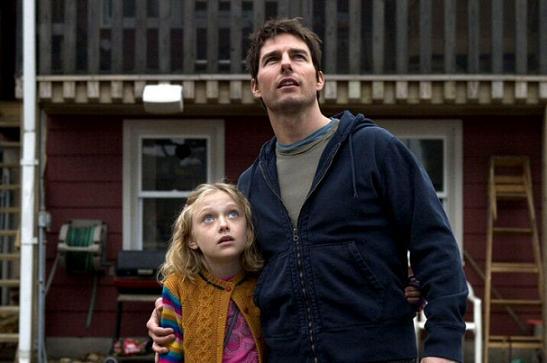 I like Tom Cruise the actor. For the most part, I enjoy watching his movies. Whether he’s running away from an UAV-launched missile or trying to keep himself and his family from being killed by aliens, it’s good times all around.

It’s Tom Cruise the Scientologist that I don’t like so much. It’s weird because for the most part, I’m pretty down with people who believe in aliens. The Scientologists though, man, they take it to a whole new and odd level. Just do some research on Xenu and you’ll know what I’m talking about.

Recently, there have been reports that Cruise plans to build a $10 mil USD bunker underneath his Colorado home. Apparently, the bunker is in preparation for an attack by Xenu whom Cruise believes will return to Earth someday. Sounds crazy right? Well, even though Cruise reps have denied such plans, I think it’s a great idea. Let me explain.

So while I think it’s unlikely Xenu will return to our planet to attack humans, I believe the bunker would serve Cruise well in more likely doomsday scenarios. In no particular order, they are:

While the Cold War is now decades behind us, that doesn’t mean nuclear weapons have disappeared from the planet completely. All it takes is one military AI system to become sentient and pretty soon we’ll have ICBMs criss-crossing the Atlantic. Cruise’s bunker would be an excellent place to wait out the effects of the nuclear winter that is for sure to follow.

Sure there’s no scientific proof that zombies exist but as movies, TV shows, books, and comics show us, a global takeover by zombies could be feasible (and happen quite quickly as well). Civilization as we know it would be gone. So while you’re trying to board up your windows and looking at the last granola bar in your kitchen, Cruise would be snug knowing his bunker would be completely zombie-proof.

Despite the leadership from President Morgan Freeman and the last second heroics by Bruce Willis, it’s quite possible that a large meteor could indeed strike our planet with devastating consequences. It’s been theorized that such an impact killed off the dinosaurs by blocking out the sunlight (on a global scale) and rendering the Earth uninhabitable for many, many years. In such a situation, the bunker would definitely help but Cruise would still be in a lot of danger. The Earth could wind up off-axis which might lead to extreme weather conditions. Also, the planet’s surface could be uninhabitable for centuries, meaning Cruise would almost certainly have to live out his life inside the bunker.

4. Alien attack from other than Xenu

It would be close-minded to think that only one alien in the universe might attack Earth. While, I am sure Xenu would be a formidable opponent for Will Smith and his Marine F-18, the possibility does exist that another race of aliens could attack our planet. Cruise’s bunker would be an excellent place to be during the first wave of attacks where the aliens could be laying waste to the surface. It’s unclear how good the bunker would be if the aliens came looking for Cruise though.

So there you have it! Would Cruise be crazy for building such a bunker? I think not!