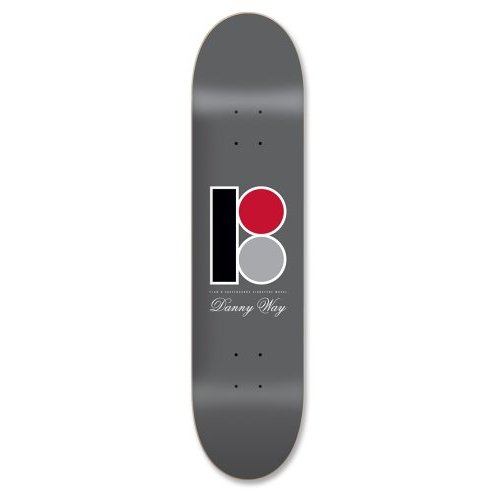 Everyone at work who won a prize pack at the party were able to pick up their swag today. My manager and I picked up our stuff at the same time. One of the production coordinators made both my manager and I pick a number between one and ten. She picked three. I went with two. She got a PJ Ladd signature series deck from Plan B. I got a Danny Way model from the same series. Awesome! We also got an item of Plan B clothing. I got a white polo shirt that actually fits me. Short of the $1300 watch that was given away, I think this was the next best thing.

The board didn’t come with trucks, wheels, nor grip tape so it’s not ready to ride. It’s still wrapped in its vacuum sealed clear wrap so the board looks pristine. I’m probably better off mounting such a nice board on the wall and just getting a cheap board if I actually want to start skateboarding. Given my aging body, I’m not sure if that’s a smart idea.

Anyways, many thanks to Coralie and Amie for organizing such an awesome party and providing us with great gifts!

One thought on “DECKED OUT”