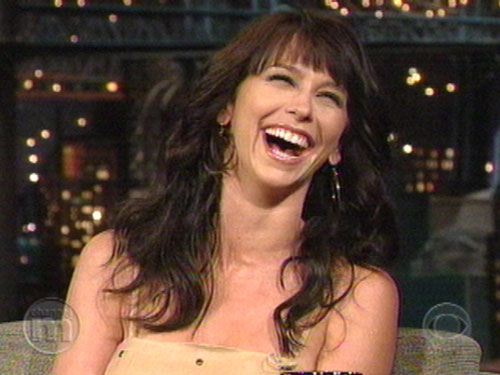 So a few weeks back, everyone at the company I work for got an e-mail about an end of summer BBQ to be held at Jerico Beach. The event is this Friday at around 5pm. We were allowed to bring our families and significant others but we had to RSVP even if we were not going to invite anyone else. Since I’m alone in the world, I e-mailed the office manager that I’d be coming but “my wife, Jennifer Love Hewitt, will not be attending”. Gretchen found that extremely funny when she read that.

I’m not sure why I chose JLH as my office wife. While she isn’t a horrible person, as far as potential celebrity wives go, I could probably pick a few other women ahead of her if indeed I was forced to married a famous person… someone like Bea Arthur.

Anyways, JLH was on the Late Show with David Letterman tonight promoting her new show. Those press tours take a lot of time. Maybe the boys at the office will meet her at a later date. I think I’ve worked too much OT this week.