SJC resident Tyson, explains to us the real meaning behind the movie Top Gun.

So the plan tonight was to play the last organized game of hockey before the holidays. I get changed and grab my hockey gear and head off to SJC at 10pm. I get there and see a lot of people in the social lounge. Adam comes outside to greet me. For a guy that supposed to be playing hockey it seems weird that he’s dressed in a sweater, khakis, and moccasins. He tells me that hockey doesn’t look like it’s going to happen.

I look inside the social lounge and everyone is watching the extended version of The Return of the King. Eh, no big deal, we’ll just start play again in the new year. I go inside and watch about half an hour of the movie. I figure I’ll leave and go back and clean up my place. While I’m watching the movie, Eddy, Chiming, and Woba come up to me.

I join them at the pub. It’s pretty dead in there. No girls to speak of. We have a few beers and talk about SJC life in general. It’s a good time to be had by all. Pretty soon, we all get hungry. The decision is made to go to McDonald’s. I’m still carrying my hockey stick at this point. We make our way over to McDonald’s. The place is packed with guys, not a single girl is there. Something about the late hour and desire for fast food has brought out the guys. Meanwhile, the girls and their clean arteries are safe at home.

We consume our grease and talk more about SJC, the future, the past, and why impicit integration doesn’t work with large time steps. I notice some interesting fellas in the restaurant. There’s two old guys in the corner who seem to be emanating some serious BO. One guy walks in with a 7-11 bag full of muffins and pastries. He doesn’t order anything, just sits down to the table next to us and starts eating.

Then it’s time to leave and the nice guys are nice enough to walk me home. I wonder if I’ll go shopping tomorrow…

I have finally finished Half-Life 2. It is quite simply an awesome game. The sequel to one of the most influential titles in the gaming history, HL2 is the best first-person shooter I have ever played.

From a visual standpoint, the game is amazing to look at. The finest of details are rendered. I caught myself staring at the rotating metal blades of a windmill as it caught the rays of sunlight from above. Others may coo at the graphics in Doom 3, but the scenes in HL2 are a beauty to behold. The fact that it’s playable on machines that are nearly three years old is a testament to the engineering skill of the developers.

Thing that I liked the most is the inclusion of real-time physics in the gameplay. Objects now have representative mass and material properties. Nearly anything in the game world can be picked up, shoved, moved, thrown, or dropped. Gone are the days where your tank-destroying missile launcher wouldn’t even move an office chair an inch.

The ability to pick-up and move items in the game world in a huge forward step in gameplay. How many times have you entered a room full of ammo and medkits, only to discover you were carrying the maximum allowed items already? This is not a problem in HL2. You can simply pick-up said items and bring them with you. Or, toss them down the hall with the gravity gun.

New strategies are now possible with HL2. Pinned down by enemy fire? You can now grab a desk and use it as cover as you make your way across a room. The ability to move furniture now allows you to barricade doorways and create choke points. In one particular level, I was able to block four doorways which I had to defend with filing cabinets and desks. It challenged me to find better ways to solve the problems presented. Any game that does that is a worthy experience to me.

Now, I’ve heard some grumbling on the Internets about the ending to this game. Yes, some of you may not agree with how it ended. Before you continue your grumbling though, I recommend you take a look at this site. It will provide you some information that hopefully will put the ending in context to the larger story at hand.

If you’re even the most casual PC gamer, you can do no wrong by picking up a copy of Half-Life 2. And oh, just for you Frank, here’s a picture of Morgan Freeman as the hero of Half-Life 2.

Who knew getting just five hours of sleep in the last 24 hours would make me feel this tired? I’m going to lie down soon.

I’ve been staying up extra late the last few days trying to get this project done for a class. For a guy that usually stays up until 3am anyways, “extra late” means I’ve been going to bed when some people are just getting up. I think I was up until 6am yesterday morning.

When I awoke at around 2pm, I made a promise to start going to bed earlier, since 2pm is an unreasonable time to be getting up, at least to me.

Well, it’s nearly 3am and a idea just popped into my head. I rarely eat breakfast because of my late start to the day. What’s even more rare for me? Going out for breakfast. By the time I wake up and get all dolled up to go outside, I’m lucky if places are still serving lunch.

So, here’s my idea. I stay up and go to McDonald’s and show up there right at 6am on the dot. Six 0’clock is when they open. When I get there, I’m gonna order me up some “Sausage, Egg & Cheese McGriddles“. They bake the maple syrup right into the griddle cakes! Thirty-two grams of fat to end the “day” before I go home and sleep off the fat sweats.

The idea of eating breakfast before going to bed is not something new though. My former neighbour down the hall at SJC, Matt, pioneered the process. He would work on his thesis until it was time for breakfast, go eat, and then go to bed. Hey, it can’t all be that bad since they call him Dr. Matt now.

I’m not fully committed at this point yet, since in the next three hours, fatigue might set in and I just might go to sleep. Not that would be a bad thing either.

Will Erwin go out for breakfast? Or will he be drooling onto his pillow at 6am? Stay tuned for the exciting conclusion! 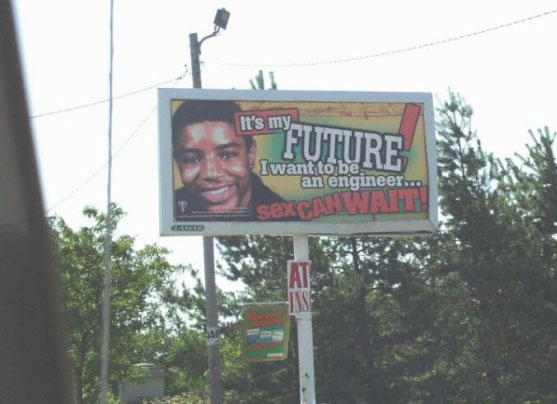 Alright, I just finished a major section of my report, time to play a game. Name that movie.

“Sugar cane, sugar charlie 3… Say again, Dog One is open. Send in the ‘dozers. I’m waiting here to tie in my flanks. Over.“

I hate writing under deadlines. The words are coming slow. I think I need to take a walk.

No, I did not just find out I have more siblings. Keep reading. So, I’ve known my friend Nate for over four years now. We met when I was hired at EA. He trained me as a tester, showed me the ropes, and is an overall nice guy. Hell, he’s one of the most talented people I know.

In the four years I’ve known Nate, we spent countless hours together. Hundreds of hours collaborating as the bestest audio testers the NHL franchise has ever seen (or is that heard?). We had numerous bowls of pho together during lunch and even more overtime meals at the EA cafe. We’ve discussed just about every subject there is to talk about.

So colour me surprised when about a month ago, Nate tells me his sister and mother are coming over to Japan to visit him. Until that day, I always thought Nate was an only child. I didn’t believe him. He told me it was the straight truth. Oh Nate wasn’t done with the surprises yet. He has a brother too. Weird.

Is it a case where these are step-siblings? Nope. Does he hate his siblings? Nope. Do they not get along? Nope. He just never brought them up. It’s just weird to me. It’s like you thought you knew someone, but then you find something about them that surprises you.

Actually, this kinda reminds me of when my Mom found out my Dad was thirteen years older than she was… on their honeymoon… but that is a story for another day.

I had an interesting evening tonight. I spent most of it working on my project. From a software perspective, this is the probably the most ambitious thing I’ve done. Though that air-traffic control simulator I did in 2002 comes pretty close. Anyways, for this project, I had to write a small software tool to help me get another part of my project done. I’ve never done that before. Writing software that will help me write another piece of software. I feel so grown up.

After verifying that my tool actually worked, I made my way down to Koerner’s to see the SJC crew after their holiday dinner. The turnout was really good. The highlight was seeing Woba completely drunk. I had fun pulling him off women the entire time. I was there less than an hour because I had to get back to my work. We actually made our way to the Pit, but it was closed, so I basically went home.

I am maybe a day and a half away from finishing the code for my project and then comes the dreaded report write-up. Who knows how long that will take. The good thing is, the minute I hand in the report, I officially go on holidays.