I have to go to work tomorrow morning.

Wow. I haven’t said that since late March of 2002. That’s the last time I had a job. I am looking forward to learning new things at work and improving my web design skills.

My last weekend of freedom was ok. I spent Friday cooking dinner with some friends. I have this new cookbook and I’m trying out new recipes from it. I made salisbury steak. Yeah, I know it doesn’t sound very classy, but it turned out better than I had hoped. I am in debt to R for making salad. For some reason, I still suck at that. No one got sick from my cooking and that was my major goal.

On Saturday, I made the long trek back to my parents’ place to pick up the car. My parental units wanted me to pick up my sister later that night. They didn’t want to do it because that would have interrupted their weekly mahjong night. I came back early to make use of the car. In the afternoon, I made stops at Linen ‘N Things, Ikea, and Wal-Mart. I picked up new sheets at, of all places, Wal-Mart. The thread count is only 150, but I dig the cool shade of lavender that now adorns my bed.

After suffering a minor delay with my sister’s flight, I picked her up and took her home. She was kind enough to buy me dinner that night.

On Sunday, we took Dad out for dim sum for Father’s Day. We went to Kirin in Coquitlam which is a nice place for Chinese food if you’re ever in the area. After dim sum, I took the bus back to UBC. I rushed to softball practice, had dinner, celebrated someone’s birthday, yada yada, and here I am.

Ok, to end this post, I’m going to play a little game. I’m going to take a screencap of the most interesting thing that’s on TV right now (excluding pay TV and satellite). And… here it is. 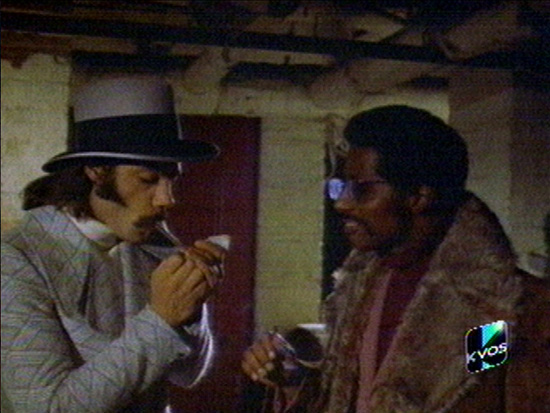