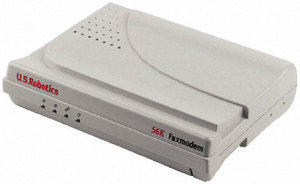 Recently I looked at my bill for Internet access and realized Telus was charging me $58 a month for the lowest tier of service. I decided that was way too expensive for what I was getting. Around 1999, I acquired DSL high-speed Internet access for my home. I was charged $19.99 a month from Telus and that price was more than worth it. Over the years, Telus has increased the amount I have to pay, without a proportionate increase in download speed or value. Telus always trumpets the increasing cost of doing business and maintenance of their networks for the need to raise rates but I personally think there’s some hand-waving there. I don’t doubt inflation has something to do with it but when the company keeps boasting about profits all the time, it’s hard not to think there’s some money-grabbing going on.

In my case, for the same download and upload speed, I will now be charged $30 a month, instead of the $58, a savings of almost 50%. Of course, sometimes it’s not so black and white. I took advantage of a promotion where lots of fees, some one-time and others monthly were waived. I avoided a one time $75 general activation fee and another $37 dry copper fee. I also was waived on a $5 network access fee and another weird $10 fee, all monthly. Had I been forced to pay for all those, I might have thought twice about it.

In the end, I didn’t get away scot-free. I still have to pay about $40 for a DSL modem (which I get to keep) and a $100 fee for some wiring work that needs to be done in my building. By my count, after five months, the switch to the new ISP will begin to pay for itself, which is fine by me.

In Canada, we have a dearth of real competition amongst Internet service providers and cell phone companies. This leads to situations where I was paying 3x the amount I originally paid for the same level of Internet access. I encourage you to look for alternatives out there because the big companies rely on consumers to be static and just go with the increasingly expensive flow. Someone recently posted on social media a list of alternative companies for Internet access. There are some BC specific companies out there but if you live in Canada, have a look and maybe you can some money!