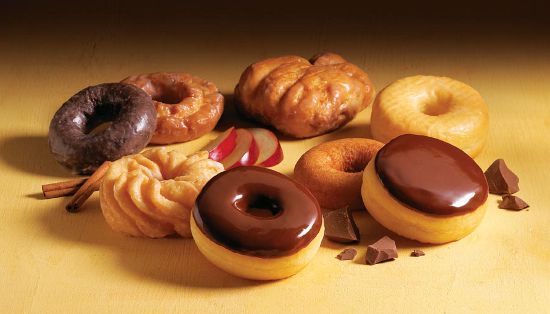 At my place of employment, the company celebrates the end of each week by bringing in Tim Hortons doughnuts on Friday morning. Actually, there are bagels and muffins too, but it’s mostly doughnuts. The company is not obligated to do this but it’s a nice gesture on their part. I certainly do appreciate their efforts to keep us employees happy. Now having said that, I wish they wouldn’t bring in the doughnuts on Fridays. I’m not saying they should get rid of the doughnuts, they should just move them to another day. We should have doughnuts on Mondays for example. This is my reasoning for the change. People, including myself, are already feeling pretty good on Fridays because, hey, it’s the last day of the work week and the weekend is upon us. If you have to work, Fridays are the best work day even without doughnuts. Now, you know what days sucks the most? That’s Monday by a country mile. No one likes Mondays. So instead of giving us doughnuts on Fridays, they should be handing them out on Monday. It would be sorta saying “Hey, we know going back to work sucks on Monday, here, have some sugary treats.” That would be the better way of going about it. Monday doughnuts! I wish I could make it happen!

I’m sure there are some workplaces out there that have special treats on Mondays. Wherever those places are, you people are doing something special.