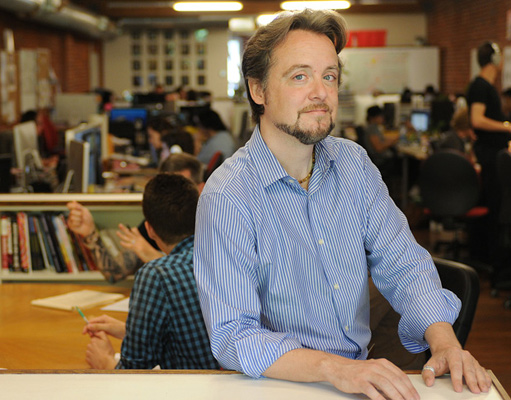 For those who don’t reside in British Columbia, you should know this province is currently just days away from another provincial election. Usually, I don’t like to write about politics (except if it’s to report on weeping Republicans) but I believe this election is extremely important. The BC Liberals have been in control of this province for over a decade. It irks me that the party is named as such because they resemble nothing like what I’d expect liberals to be like in government. In fact, they actually fall to the right of centre in the political spectrum. I think the BC Liberals have done a terrible job in governing the province, especially in the most recent years. The whole HST debacle should have done them in alone but I have other issues with the current regime.

In the early 2000s, the BC Liberals took for granted that Vancouver and by extension, British Columbia was the Canada’s leading sector for video game development, film production, and the then burgeoning visual effects industry. For years, if a big budget video game or movie was being made in Canada, it was almost assuredly done in Vancouver. The combination of a large pool of talent and some modest tax breaks allowed the creative and technical industries to flourish. Thousands of workers were employed in BC, who paid their taxes and spent their money in the province. Then other provinces saw how awesome it was to have these industries and they wanted a piece, a large piece of the pie. They played hard ball and offered substantial tax breaks for companies to set up shop in their backyards. Both Ontario and Quebec held nothing back and offered tax breaks that were almost double what BC was offering. Money speaks loudly and many companies listened. When it was time to open up larger studios or bring film shoots to Canada, companies completely bypassed Vancouver for places like Toronto and Montreal.

Before the end of the last decade, Montreal easily passed Vancouver as the video game development capital of Canada. If you go by pure number of workers it’s not even close. How did the BC Liberals respond to this? They did nothing. They just allowed it to happen. Hundreds of workers who used to ply their trade in BC, now were working in Montreal or Toronto. I’ve always been curious as to why a provincial government would let hundreds of well-educated and high-paid workers leave the province. Sometimes I think it’s because they don’t care but now I think it’s because they just don’t understand technology and digital media industries. For the most part, politicians still cut from the same cloth, old people. Old people don’t understand new economies and new ways to make money. They’d rather save a saw mill than a video game studio because they don’t understand how digital industries work. Some old white dude knows that a saw mill cuts lumber and that lumber gets sold. He doesn’t understand that making Watch Dogs in Vancouver would be a coup for the city both creatively and economically.

So what’s the solution? Well, I don’t have all the answers but I sure as hell know that doing nothing and watching Ontario and Quebec take our lunch isn’t it. And someone from the Vancouver video game industry agrees with me. In my first job as a software engineer in 2005, I met a co-worker named Matt Toner at Backbone Entertainment. He was the creative director for the game I was working on. I learned that Matt was a pretty well-rounded guy. Before getting into his creative pursuits he acquired a graduate degree in economics and worked for the Bank of Canada. He also was an officer in the Canadian Naval Reserve.

Matt is no career politician but he believed the digital media industries in BC needed a voice in the provincial government. Rather than wait for someone to come along to be that voice, he decided to take action himself. Matt Toner is the NDP candidate for the riding of Vancouver-False Creek. Getting into politics isn’t something us video game people usually do but Matt felt that something had to be done.

If you live in the Vancouver-False Creek riding, I urge you to consider Matt Toner for your vote. Matt isn’t a one-dimensional candidate who just has video games on his mind. His degree in economics and work with the Bank of Canada should tell you that. If you’re tired of what the current provincial regime had done for the last decade, then perhaps a vote for Matt is the thing you’re looking for.

On Tuesday, I’m hoping the province of British Columbia will move forward with a new government that is enlightened in all areas.