Loyal readers, as many of you know it is a presidential election year in the United States. Current president and Democratic, Barack Obama will seek re-election as he is challenged by the Republican nominee, Mitt Romney. Though the election is still well over two months away, I am ready to call the election with a fair amount of certainty. ET.com is ready to project, in the middle of August, that Mitt Romney will become the 45th President of the United States.

Now you might be wondering how I, someone who has previously stated has little knowledge of politics, can make such a declaration so soon when other political experts are still analyzing the situation. Well, my loyal readers, my confidence comes from an observation I have made about the people of the United States, something I have noticed since the year 2000. American is a most unusual country, it is a conundrum, a mystery, and a puzzle. When taken as a whole, America has many flaws, yet when you examine a select group of Americans, you can see the best and the brightest in the world. The US just sent a few hundred of their best athletes to the Summer Olympics. They won more medals than any other country. Yet, as a whole, a large percentage of Americans are obese, ranking second in the world in obesity, according to one study.

If you examine how smart Americans can be, one could look at the California Institute of Technology as an example. Caltech has had 31 Nobel laureates in its halls, a number and a ratio to its alumni that is unmatched by any other learning institution. A few hundred of the best and brightest over the Jet Propulsion Lab, were able to launch and land a small on Mars this month. NASA has been able to successfully send more spacecraft to Mars than any other nation. Yet for all the accomplishments America has gained, we constantly hear about the dumbing down of the US, the war on intellectuals and the decline of education. As an example, the US elevates people like Kim Kardashian, Paris Hilton, and the cast of Jersey Shore as stars and even more sadly, sometimes as role models. Why are these people so famous?

It is this odd duplicity that permeates throughout the US that confounds me. It is also the reason why I believe Mitt Romney will be the next President of the United States. In small doses and in select circumstances, small groups of US people can be capable of doing amazing things. As a whole though, as a nation together, it makes poor and baffling choices. These choices hurt their country but they seem unaware or powerless to stop themselves from making such choices.

It’s so clear that Mitt Romney would be a terrible leader for the majority of the citizens of the United States. Fiscally, the man who is worth over $200M has little in common with the average American man, woman, or family. His interests lie with corporations. His refusal to even release his tax returns should be a jarring alarm to the average voter but sadly this won’t matter to most Americans. On social issues, Romney is no friend of women, minorities or really anyone who isn’t a white male or shall I say a rich, white male.

Though he is definitely not perfect, Americans would help themselves immensely if they gave Barack Obama a second term. Millions of Americans now have access to healthcare that they did not before, that alone should be reason enough for them to vote for Obama in the fall. Yet, I can almost guarantee, some of these same people will actually vote for Romney and will eventually get their healthcare taken away.

So in summary, while I believe individually, Americans are capable of being the best in the world, America as a whole, loves making the dumbest choices for their nation. They had a rare moment of clarity in 2008 but get ready for a monumental national blunder come November. You heard it here first, Mitt Romney will be number 45.

It was quite hot in Vancouver today as the temperature got up to nearly 30 degrees Celsius. It was a nice and sunny day and I quite enjoyed my lunch time stroll around downtown Vancouver. As I was walking, I realized it was the middle of August and it was very likely that in one month, the hot temperatures and sunny skies would all be gone. Summer weather doesn’t last very long in Vancouver and it can disappear in just a few hours.

I can just see it being nice and warm on August 31 and then on the first day of September, it will be cool and grey. Then it will be rainy the next day and this will be the weather for next several months until probably June of next year. I will probably want to go somewhere warm in the winter.

As I mentioned in a previous post, this blog is getting a massive amount of hits from dudes looking for hot chicks in the Olympics. Now almost three days after the end of London 2012, I’m still getting hits. In the above image, you can see just a sample of one dude who was using Yahoo image search to find the “hottest pic of the olympic”. He reloaded my blog dozens and dozens times. My visitor log was nearly filled with his hits, pages and pages of it. I really hope he found what he was looking for, either here or elsewhere. 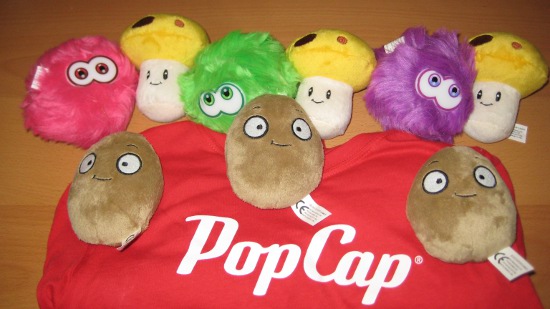 So my first day at PopCap was good and as about as productive as you can get for a first day. I was welcomed with a nice bag of swag. The bag itself was literally nice. It was a bright red canvas bag with the PopCap logo on it that you can re-use for many different things. Inside was a PopCap t-shirt, a PopCap mug, a PopCap water bottle, a Plants vs. Zombies sunflower collectible, and several PvZ plush toys. The photo above shows you the t-shirt plus all the plush toys. The fuzzy ones squeak when you squeeze them.

I’m looking forward to the rest of the week!

Well, by my count, tomorrow will be the fourth new job that I’ve started since December of 2011. In that span of one year and some eight months, one of the companies has basically been shut down (Radical) and another suffered a massive layoff that had the company on the brink (UFG). Incidentally, Sleeping Dogs comes out this week which is interesting because that was the job that started this whole adventure.

Anyways, I’m back to good old Electronic Arts, which has been so far, the company that I’ve worked at longest. I had a great four plus years there, let’s hope the good times return.

Welcome loyal readers to another edition of Did You Know?!?! Did you know that Wikipedia maintains a list of famous cats? That is indeed the truth. The list features cats that survived world wars, a cat that can predict death, and even a cat that was placed under house arrest.

I was playing video games this evening and somehow it became 5am. I hate when that happens. I think part of the problem stems from the fact I took a nap at 9pm this evening. I probably should not have done that.

While most of the province went back to work after the long weekend, I continued to not show up at any job. As I wrote in my previous post I have the rest of this week off before starting my new job on Monday. As a sign that I’m perhaps an adult now, I chose to go to the dentist in the morning. I could have done anything today with my freedom but I chose to get my teeth cleaned. I didn’t even sleep in today.

I was home hours before an amazing thunder, lightning, and rain storm covered most of the greater Vancouver area. The sky lit up and rumbled with great noise for several hours this evening.

I know some of you are thinking that I probably should have hopped on a plane to somewhere with this week off. I did think of this but it was too late for me to put this into action. On the weekend I looked into visiting Chicago since I’ve heard good things about the city (aside from all the shootings and murders). A three night visit would have cost me somewhere around $1500 and I deemed that to be a bit much.

Anyways, I’m sure I’ll find someway to make the next few days enjoyable and relaxing. 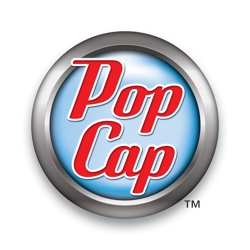 Last week, I asked you, my loyal readers, to return here for an announcement. Well, one week has passed and I’m ready to announce that I have accepted a position at PopCap Games. My last day at work at my previous company was on Friday. I have a week off and will start at PopCap next Monday. Some of you might be wondering why I left my last job less than four months after starting it. There are many reasons for my decision but it mainly came down to a great opportunity at PopCap. I know two former co-workers at the studio and they’ll become co-workers once again which I am looking forward to. Also, in the social/mobile/casual space, PopCap is one of the best, both in terms of quality and reputation. They have an amazing stable of IP including Bejeweled and Plants vs. Zombies. The chance to work for such an amazing studio was just too good to pass up, so I took it. There were a couple of other reasons too but I won’t state them here publicly.

So the PopCap Vancouver studio is located in the historic Gastown area of downtown Vancouver. Gastown is a great area of the city and offers a lot of character to those visiting or working in it. Incidentally, the studio is just a block away from the old Black Box studio, where I spent many great years *single tear*. Speaking of Electronic Arts, this new move also means I am now, once again, an employee of EA. Less than three years ago, EA bought PopCap for nearly a billion dollars. This is the second time I’ve been hired by a studio that was once independent and then bought by EA. Oversight of the studio is handled by two different entities. Technically, the PopCap Vancouver is under the organizational umbrella of EA Canada out in Burnaby. Creatively and culturally though, the studio still maintains its identity via PopCap HQ down in Seattle. For example, I’ll have a PopCap e-mail address as opposed to EA one (though I’m sure an alias will also be setup for me).

I am very excited about this new step in my career. There will be a lot of opportunity for growth, fun, and discovery. I cannot wait to make some great games at PopCap.

By now, I hope most of you have heard or read that NASA successfully landed the Curiosity rover on Mars. It was an exciting sequence of events that led up to the moment of touchdown. Watching live, it seemed to me that everything went just as smoothly as could be hoped. We didn’t even have to wait very long for the first set of pictures to be beamed back to Earth.

Though two phases of the project have now been successfully completed, the third and most important phase has yet to begin. The rover will now have to utilize all its sensors, experiments, cameras, and equipment to fulfill its scientific mission. We don’t know what challenges Curiosity will face once that starts. Hopefully, it will continue to be smooth sailing. I’m excited to see what Curiosity discovers in the months to come.