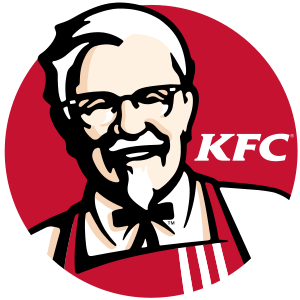 I just signed up for the “Colonel’s Club” on the KFC web site. The majority of you, my loyal readers, know that I’m a big fan of KFC and fried chicken in general. By being part of the “Colonel’s Club”, I will get special deals e-mailed to me. I’ll probably get a bit of spam from them but it’s all worth it for some chicken discounts. I also used a junk e-mail address, so no worries there. Beyond the deals via e-mail though, I’ll be getting a membership card! This card signifies that I’m serious about fried chicken and not so serious about cholesterol and fat intake. Having the card means I can go to any KFC location and use the card to get special deals without having to remember to clip out coupons. I’m sure everyone has received fast food coupons in the mail. Very few people have the time and patience to clip a coupon in advance of going for a meal. Sometimes, you can’t guess where you’ll be eating that day. The membership card eliminates all that hassle.

Beyond KFC, I was thinking tonight how tasty fried chicken is. I began to wonder about the first time someone dipped chicken into some batter and then decided to cook it in hot oil. If they ever are able to make a time machine, I’d like to go back into time and see that moment. I’d love to see the reaction of the first person to ever eat fried chicken. I can’t even imagine what time period that might have been. I could Google it but I’m ok with not knowing right now. Did that person instantly know the glorious food they had in their mouth was going to change the world? I’m going to assume fried chicken was first made in Shakespearean times and the person probably would have said something like, “thine chicken experiment is a success! Hasten more of such delights into a bucket!” Yes, that’s how it most likely went down.