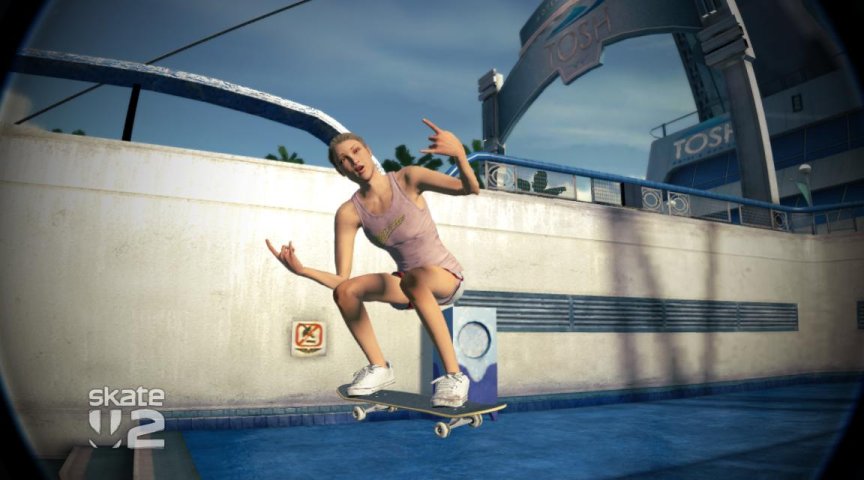 The product of the hard work of many people (of which I am honoured to be included) is out today or tomorrow at the latest. Skate 2 should be out on the shelves of most retailers in your area.

This is the third game I’ve shipped and the first sequel I’ve ever had the chance to work on. Sequels are a touchy thing to be working on. If you helped make a great first entry, then it often becomes very difficult to follow up with something just as good or even better. In a way, it’s slightly easier if the previous iteration had numerous shortcomings because it’s just real clear what needs to be done for the next game.

For our first game, we received a lot of praise from the gaming community and it set us up for some high expectations for our second game. I was worried for a while we wouldn’t have something that would live up to the quality of the original. I fully admit that Skate 2 is not without its faults but it turned out to be a pretty damn good game, even if I’m biased. So far, the reviews have backed up my claim.

If I could put on my marketing hat for a minute, please consider checking out Skate 2 if you’re at all interested in an action sports title. Download the demo for the PS3 or Xbox 360 and take it out for a spin. If you like it, consider buying it at your local store.

I’m incredibly proud of and amazed at the team that put the game together. I hope we can share some of our hard work with you.