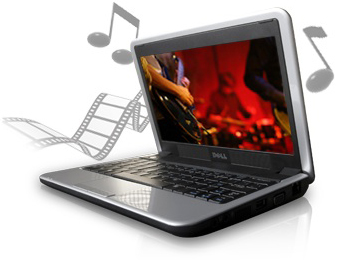 For all the time I’ve spent using computers, very little of that has been on those of the laptop or notebook variety. When I was in first year undergrad, I actually moved into residence without owning a single computer. That year, I borrowed a laptop for three days to write up a report. It was the firs time I’d spent any real time using one of fancy things.

Ever since, I’ve never had any real requirement for a laptop. I don’t travel for work and I really don’t need to compute while mobile. I also never saw the appeal of sitting at a Starbucks with half-decaf latte and writing the next great novel on superslim notebook. In my over ten years of surfing for pornography buying computers, it’s all been desktops for me.

Last month though, I had the opportunity to take a laptop from work with me to my trip to Ottawa during Thanksgiving. It was a real revelation to me having that piece of equipment along every part of the trip. Even before I left Vancouver, the laptop proved its worth. Sitting in an unused boarding gate, I was able to use the free YVR wireless to read my e-mail and find out one of the wedding guests was going to depart for Ottawa just twenty minutes before my flight. I was able to meet up with her before connecting again on the Ottawa end.

On the plane, I was able to a variety of TV shows and movies that I had chosen before I left my home. Though in-flight entertainment is pretty good these days, it’s always nice to have your own material. While in Ottawa, I was able to check both my personal and work e-mail accounts, use Google maps, and get general touristy type info. It was all very convenient and handy, making my trip that much easier.

Before I even returned to Vancouver, I decided it would be nice to invest in a suitable portable computing device. After a tiny bit of research and some a slightly impulsive reflex, I decided to purchase a Dell Mini 9 netbook. The Mini falls under the relatively new class of netbooks, which are ultra-small and portable, and are supposed to be decently priced. You can get more details of about the Mini here but this is how I decided to spec out my own model. I went for Windows XP Home for my OS. You can get a Linux distribution but I wanted my netbook to complement my desktop which runs XP as well. I decided on the 16 Gb solid-state drive. It’s an extra $40 over the default 8Gb but trust me, it’s worth the money. You currently can’t upgrade the SSD to anything bigger, so you can see it’s value right there. I stupidly paid an extra $30 upgrade the RAM from 512 Mb to 1 Gb. Save yourself the cash and use it to buy a 2 Gb stick after the fact and install it yourself. I did so and it only cost me $20. I did not choose to get an integrated webcam. According to a friend, this was a good choice, as in his words, “a webcam is only useful if you’re a hot chick.” Exterior wise, I was able to pick between the black or white. I chose the glossy piano black finish.

I’ll skip over the rest of the specs, except you should know the Mini 9 has a display resolution of 1024 x 600, small but most importantly (at least to me) that is in a widescreen aspect ration. I’ve had the Mini now for several weeks and I mainly use it while commuting to watch TV shows and movies which I have, ahem, legally acquired over the Internet. In that regard, it’s excellent. In one day of commuting, I can usually get through one episode of Terminator: The Sarah Connor Chronicles or two episodes of The Clone Wars or just before the last musical act of an SNL. The Mini boots up in less than 20 seconds, so I’m ready to go without any appreciable delay. The 8.9″ LCD screen is good enough for what it needs to do though I wish it wasn’t glossy as reflections can be a problem on a bus or when Skytrain is above ground. The 1.6 GHz Atom processor is speedy enough for simple entertainment tasks but don’t expect to play the latest games on the Mini.

I only have a few minor complaints with the Mini. First, I’m still getting used to a touchpad, so I’m not as nimble with it as a mouse. Perhaps, this is inherent to any touchpad but sometimes I touch-click when I don’t mean to. I think it also helps to turn off the touch scroll bars as I always scroll by accident. The keyboard is also compressed to accomodate its small size. I understand the compromise here so maybe I shouldn’t put this down as complaint though it is sometimes awkward to get at the function keys. Lastly, I recommend stripping down the Mini so that it can work as fast as it possibly can. The SSD comes compressed to save space but that really makes it slow. I suggest decompressing the drive so it’s speedier. Also, try to uninstall as much crap as possible that you don’t need. Dell preinstalls a lot of stuff for you that you might not want. I did so to save drive space and to free up more resources.

In summary, I’m quite pleased with my purchase. It makes my commute seem very short and I can forsee it helping when I go travelling as well.