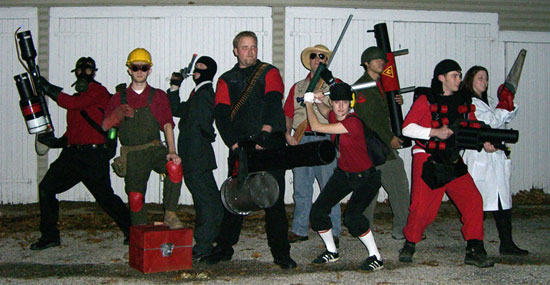 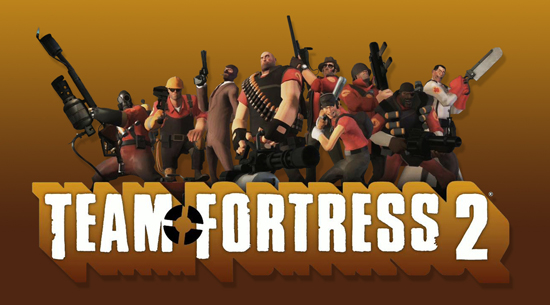 It would be easy for me to link to galleries of young women scantily on Halloween but let’s not go that route for this post. It takes a lot of effort to make a gaming related costume, so let’s recognize the work some people did.

The first picture above is from a group of people who made Team Fortress 2 costumes. I’ve played hundreds of hours of Team Fortress Classic, so I really get a kick of their gear. TF2 has only been out a few weeks, so for them to get all this done is awesome. Everyone is even posed the same way in the promo pic! They also get extra points for the fact that it appears they have women in the group. How do you convince a lady to be a scout or medic for Halloween? 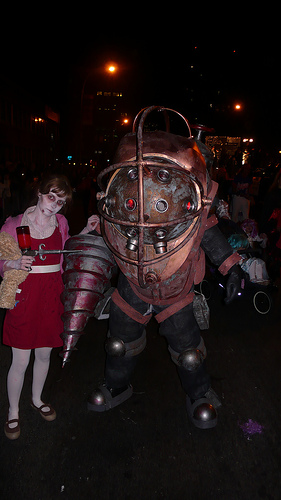 Next we have one of the better Big Daddy/ Little Sister combo costumes. This is from the game Bioshock. If you’ve never played Bioshock, these costumes won’t mean anything to you. The pair above gets massive props for having one of the best, if not the best, Big Daddy costume I’ve seen this season. It looks so well-done from the simulated rust to the blood on the drill-hand. The Little Sister gets points for the Adam extractor. I know it can’t be helped but the woman dressed up as the LS is way too tall but then again, LS are supposed to be children. Still, a fantastic costume anyway you look at it!

Perhaps the most sentimental costume pair of this season is the father who dressed up like a Big Daddy and then dressed up his own daughter as a Little Sister! His BD costume isn’t as good as the one above but he gets lots of points for the proper sized LS. Apparently, father and daughter had a blast wearing the costumes and trick-or-treating! Here are some actual comments from the father:

“Thanks for all the good comments!!

My daughter, Lylly (lyllypoppies!), and my other daughter, Sarah, (scaaawy!), did a lot of bioshock playing with one or the other hiding in the cabinet while the other one played the big daddy. Thats what gave me the idea for the costume. The girls really like the idea.

And yeah, they called me Mr Bubbles off camera and while trick or treating. They got mad when people asked me what I was dressed as, and repeatedly yelled at them that I was a big daddy.”