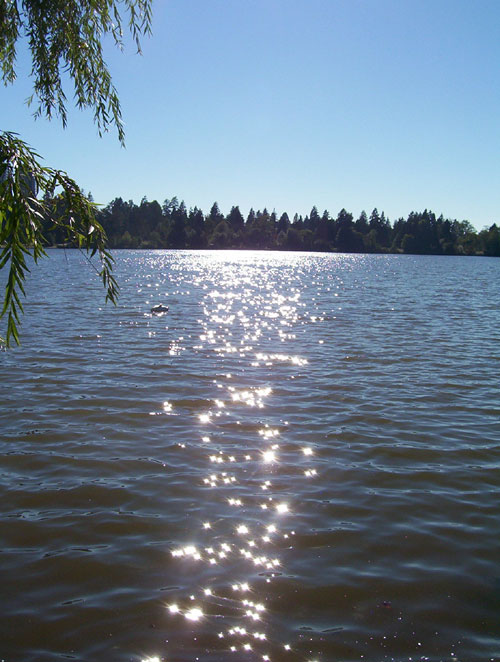 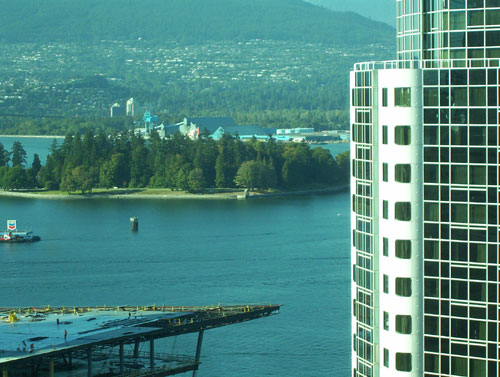 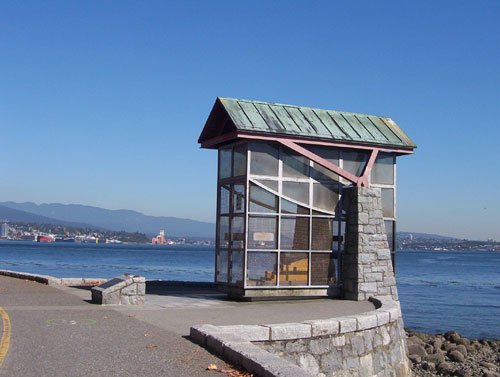 So as many of you know, I spend most of the summer indoors (skate. is now available in stores everywhere for Xbox 360 and PS3, get your copy now!). The one thing I did everyday though was to go up on the patio on the 19th floor and sit outside and get some fresh air. It’s a beautiful view up there. As I sat, I would look across Coal Harbour and Burrard Inlet. My eyes would invariably turn to Stanley Park. I could see people walking on the seawall by the Nine O’Clock Gun. They were outside, enjoying the weather and enjoying the park. I was envious. I’d then get up, go back inside and continued to work. Later on in the evening, at 9pm, the gun that I’d stared at would go off, indicating that I’d been there all day and into the evening. Sad.

Well now the game is done. Three weeks ago, on a gloriously hot and sunny summer day, I went to Stanley Park to walk the seawall myself and go visit the gun up close. I can’t remember the last time I was at Stanley Park I but spent a nice couple of hours there. In the second picture above, you can see this tiny thing in the middle of the image, that’s the Nine O’Clock Gun. That was taken from the 19th floor. In the third picture, I’m standing next to the Gun itself. By the way, the Gun is now silent at 9pm as part of the civil labour disruption. Apparently a city worker usually fires the thing and I guess s/he is a union person.

If anyone is interested, I took a few more pictures while I was there. The gallery is here.