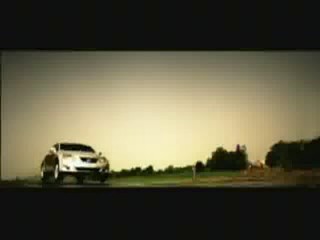 Two commercials have been driving me crazy with their music. The first is this Lexus commercial. The commercial itself is pretty standard for a car commercial but the music kinda catchy. Some people over at Adtunes discovered the music was made exclusively for the commercial, so you can’t download buy it. The best someone did was make the commercial available on-line. You can see and hear it here (.mpg).

The second ad is this kick-ass PSP commercial that they show before the movie starts in Silvercity theatres. For years, hardware and software developers having been trying their best to expand gaming beyond the hardcore geek consumer. This commercial tries to bridge the gap. It shows the PSP spinning around and emphasizes that you can watch movies, listen to music, view photos, surf the Internet as well as play games. It’s high on style and I can see it appealing to people who aren’t traditional gamers. The music in it is pretty cool as well. The song is Comforting Sounds from a group named Mew. The commercial takes a small sample of the song from around 3:33 to about a minute later. Unfortunately, the commercial is not available for download (that I can find). The only thing I can offer is the song itself which can be heard here (Windows Media Player required).

I hope I win the PSP at the company holiday raffle!