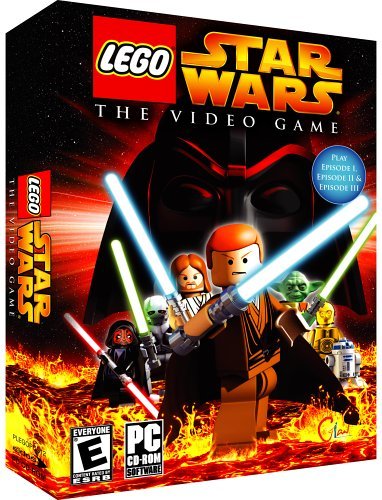 If you’re a male around my age, you can count on at least two things being a part of your childhood. That would be Lego and Star Wars. Who hasn’t built a multicolored Lego car that you couldn’t pull apart after mashing the pieces together too tight? And Star Wars, what needs to be said about the Star Wars? This virginity-preserving world of fantasy has caught the imagination of millions across the globe.

The two have finally come together in video game form in a title aptly named Lego Star Wars: The Video Game. The development of this game has been done quietly, with little or no fanfare from the game media. Only recently, just a couple weeks before the game’s release have we heard or seen anything about this game, but boy does it look good.

You can view the trailer here. I must say it’s both funny and inspiring to see blocky Lego characters in the Star Wars universe. And the fun doesn’t stop there, you can download a demo of the game here. I tried the demo briefly but it keeps crashing. From what I’ve seen so far, it’s a neat little game. Try it yourself!