Like an idiot, I stayed up too late for most of this week and now I’m super tired. The good thing is the weekend is almost here. Saturday is the EA annual staff party. If you recall, it was at this same party last year where I got the inside scoop on my current job. Now I’ll be at this party again but as an employee. I’ll probably even wear the same suit.

David Duchovny and Gillian Anderson appeared on Jimmy Kimmel’s show to plug the new miniseries of The X-Files. As is often is the case, Vancouver was mentioned.

This is the first time I’ve worked on a game where I’ve been able to see what goes into supporting it with live operations. By that I mean, the server infrastructure, the people, and the processes required to launch a large-scale multiplayer game. It used to be that you would make a game, release it, and sorta forget about it. Obviously with the advent of the Internet and multiplayer features, games are much more complex now and require a massive amount of network support.

The most critical periods of such multiplayer games are when the game is first released, either during a beta trial or during the actual launch. To ensure things go smoothly at those times, the concept of a “war room” is used. It’s basically a room, big or small, with computers and screens that stream in all the data from the game itself and also the servers that support the game. Every single bit of data that comes in is analyzed to ensure players are receiving an optimal playing experience. The people in the war room can see at an instant how people are playing the game and where in the world they are playing. The number of crashes or disconnects can also be tracked. Let’s say you have 100,000 people playing your game in Europe but then in five minutes, that number drops to 80,000. That’s indicative of a serious problem. The people staffing the war room are there to detect, analyze, and fix any problems that may occur with the ongoing operations of running a massive multiplayer game.

During the initial days after the start of a beta or retail launch, war rooms are usually staffed around the clock. Gamers can play anywhere in the world, so for popular games, there isn’t a single second where no one isn’t playing. That means if a problem arises at midnight, it’s unacceptable to wait until morning to address that problem. If players can’t get into their game for hours at a time, there will be considerable backlash. As such, problems must be tackled as they happen, even if it’s in the middle of the night.

It’s been fascinating learning about what goes into supporting the launch of a big multiplayer game. For the public, most of it is just magic to them. They start the game, it connects them to other players, and they play the game. For all that to happen though, it requires the hard work of many people behind the scenes.

To be fair, it does sounds pretty cool, especially if you’re wearing headphones. 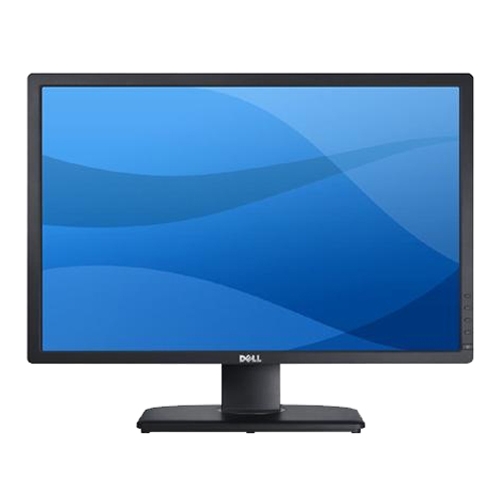 The game I’ve been working on for the last year or so is having a free multiplayer beta event from January 14 to 18 on Xbox One and PS4. I’m quite proud to have worked on Plants vs. Zombies Garden Warfare 2. It’s a great game with a lot of depth that will surprise people. I think our biggest hurdle is to convince gamers this isn’t just a game for kids. This game is great for people of any age and of any skill. I hope this beta event will show people that. If you have a PS4 or an Xbox One, please download the beta and try it yourself!

It’s been often said and written that Conan is the master of the remote comedy bit and the above video certainly goes to great lengths to reinforce that opinion.

With the pretense of helping one of his staffers, Diana, with passing her driver’s test, Conan hits the streets of Los Angeles with her. I’m not sure how Ice Cube and Kevin Hart got involved but it gets pretty interesting after that.

I just realized today that I’ve been sick pretty much since the beginning of December except for a few days around Christmas Day. I caught a cold with a nasty cough after the wedding I attended. That was a rough patch of December. I had a brief respite like I mentioned but I then caught another cold on New Year’s Eve. When I woke up on the first day of the new year, I was greeted with a tickle in my throat which signaled another cold which I’m currently dealing with. This one has the added benefit of a congested nose, which the other didn’t have.

Being sick for over a month isn’t fun. I want this to stop.

Like clockwork, my property assessment arrived in the mail today. Last year, my property dropped in assessed value by $15,000. This year, it increased by $2,000. That’s fine by me. I don’t need it to be sky-high since I’m not looking to sell anytime soon. Hopefully, my property taxes will only increase by a slight amount as well. As always, you can look up the value of properties within British Columbia with this handy tool.

The community of ” target=”_blank”>Chilliwack is located about 100 km east of Vancouver. I don’t think I’ve ever been to Chilliwack but I may have driven through it when I was a child (I wasn’t doing the driving though). I’ve never received a good impression of the place. Someone once told me that it was the heroin capital of British Columbia.

The above video is from several security cameras located on a residential property located in Chilliwack. I’m hesitant to judge an entire community based on some security footage but there are some crazy things that happen in that footage. The sheer number of traffic violations that occur on that corner is amazing. I’m not talking about minor things either. Like who reverses through an intersection? The most disturbing thing though is the large number of sketchy people who just walk up to the property, looking to steal whatever isn’t bolted down. There the classic “sketchy guy on a bike”, who returns numerous times to scout out the home. Also, what’s with the people who casually walk up to the car and test the door handle to see if it’s unlocked? They’re probably wanting to steal stuff from inside the car, rather than the car itself I think.

I also get the impression that the homeowner is question isn’t a saint himself. I wouldn’t be surprised if he was involved the sale of illegal pharmaceuticals. Is that why he needs the cameras and might be inviting all these people of ill repute? Perhaps. If you keep watching the video, there is some levity provided by a family of raccoons.