The guys at Simple Pickup went back to Comic-Con this year and the above video is the result. It contains some naughty words, so if you’re sensitive to that stuff you might want to put on earmuffs.

So my Blu-ray player is dying on me. It will play a disc for about an hour and then pause, skip, and then eventually just refuse to play any more of the disc. I need to shut it off and then wait about 20 to 30 minutes for it to cool down. It then might play the disc properly again. You can see why this might be a problem when watching a movie when most films are about two hours in length.

I’m not sure what the best course of action. Blu-ray discs are still the most common source of my HD entertainment and the most cost effective. I could go buy another player and they are pretty cheap now, less than $100 from any of the larger manufacturers. I could also buy a PS3 which is widely believed to be the best Blu-ray player on the planet. The cheapest PS3 is still $250 though. Yes, I’d also gain another gaming console but I already have an Xbox 360. Is it worth it to spend $250 just to play PS3 exclusive games and replace my Blu-ray player? I’m not so sure. Maybe I will just get another cheap player. 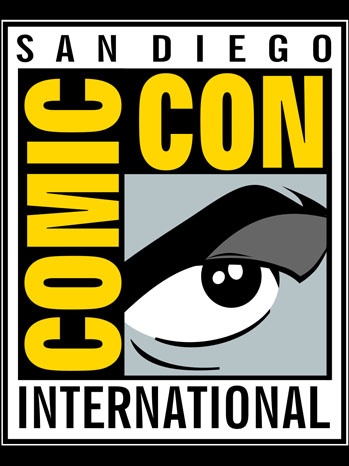 Oh hey there loyal readers! I heard some of you wanted to see several hundred pictures of cosplayers from the 2012 Comic-Con in San Diego. Is that true? If it is, click here and you’ll find what you’re looking for. It’s difficult to pick a favourite amongst all the slave Leias but this guy is certainly in the running. Which are your favourites?

On Saturday evening I was at a social gathering at a friend’s home. My friend is quite the sociable chap so he knows quite a few people. As such, there were many different groups of people who were invited to said gathering. I was sitting with another friend when I noticed three people show up. One of the gentlemen of the group looked over to where we were sitting and there was a flash of recognition on his face. I did not know he was so I went back to talking to my friend.

A few minutes later, the new gentlemen came over and excused himself and asked me a few questions. He wanted to know if I was at UBC in 2005 and if I was a TA for a first-year engineering course. As many of you, my loyal readers, know, I was indeed a graduate student at UBC who was a teaching assistant for most of my studies. I was a TA for a first year applied science tutorial section and I did that for about five semesters. I really enjoyed running that tutorial because there was a tiny bit of teaching involved, as well as answering questions.

I told my former student that yes, I was his former TA. He introduced himself as Javier but I unfortunately did not remember him. Each tutorial had forty plus students so it was very difficult to keep track of any one individual student. Javier told me he eventually got into mechanical engineering (like myself) but then abandoned it (like myself) for another area of study. He decided to get into physical geography and that is what he is doing now.

I’m not sure if he was just being nice but Javier said that I was a pretty good TA. I replied he probably thought that mainly because I could speak and write fluent English. He laughed at that but admitted that might have had something to do with it. It maybe a sensitive subject, but over the years, I’ve heard many complaints about TAs because they had trouble communicating with their students.

Javier is the first student from my tutorials that I’ve met since I left grad school. I didn’t receive any teaching evaluations during my time there so I had really no clue how I was doing. I marked fairly easy so I’m guessing students had no complaints there. I wonder how many students have seen me on the street and recognized me but never said anything. I applaud Javier for having such a good memory and recognizing me. If the tables were turned, I’d have a difficult time remembering any of my TAs from any of my classes. Those people are just a blur in my memory now.

The above video features over four minutes of “that’s what she said” jokes from The Office. Is it juvenile? In all likelihood, yes. Is it funny? To me, it is.

Today was July 11, or 7/11 or 7-11 in other terms. 7-11 just happens to be the name of a global chain of convenience stores. In honour of this, they gave away free samples of their iconic Slurpee drink from the hours of 11am to 7pm. I just happened to be at my local 7-11 next to my workplace right after 11am.

I was there to buy a bottle of water and some chocolate bars but noticed the giveaway so I partook in the promotion. They had placed out all these smaller cups specifically for the free samples. I took one and then stuck it under the Coke Slurpee spout and pulled the handle. I instantly noticed how lightly coloured the product coming out of the spout was. Normally, the colour of the Coke Slurpee is a deep brown. The amount of colour in a Coke Slurpee indicates how much of the syrup is in the product and accordingly, how sweet it will be. The light brown indicated to me that there wasn’t much syrup in the machine. Leaving the store, I began to sample my Slurpee and my suspicions were correct. This was least sweet Slurpee I’ve had in memory.

There was no doubt that the store had significantly reduced the amount of syrup in the machines as a cost-savings measure on a day they were expecting a significant amount of customers to come and grab their free Slurpees. It’s a shame they decided to do this because my Slurpee tasted terrible but I understand these are tough economic times. I bet the machines will be bursting with syrup tomorrow when you gotta pay!

I think I did this before but it’ll be fun to do again. If you visit this site, you’ll get a random YouTube video. In the comments, tell me about the video you were presented with.

Well, it’s another week in Vancouver, which can only mean another video game studio closure in the city. Rockstar Games announced today that they will be shutting down their Vancouver studio. Rockstar Vancouver just recently released Max Payne 3, a highly-anticipated and high profile title. Rather than just shut the studio down, Rockstar is actually consolidating their Canadian operations near Toronto, Ontario. All Rockstar Vancouver employees will be offered employment there or at other Rockstar studios. In fact, Rockstar hopes to hire even more people at their new Ontario location. This is definitely a case where a company just wasn’t willing to continue operations in a province that has absolutely no interest in retaining video game businesses or helping the industry grow. Feelings aside, would you rather put your business in a province that offered 17% tax credits or close to 40%? The provincial government of British Columbia, like so many other things they do, has failed miserably in that respect.

A faint glimmer of hope, however, has appeared on the horizon. A former coworker of mine, Matt Toner, has embarked on a grassroots campaign to become the NDP candidate for Vancouver-False Creek in the 2013 provincial election. Matt, like so many of us, have been increasingly frustrated by the inaction of provincial politicians, who spectacularly fail to understand the digital entertainment industry here in British Columbia. Remember that most of the people running this province are older and have absolutely no idea what video game companies do and how much benefit they bring to the local economy.

It’s almost a given that the B.C. Liberal government will be defeated in the May 2013 election, so Matt has picked the right party to align himself with. It will be, however, a most difficult challenge for him in the months ahead. Matt is no politician by trade, so he’ll have to learn a lot in the next few months. This will require money, time, and effort to get this campaign to where it needs to be. The thought of “one of us” being on the inside and having some power in what this province can do for the industry is an exciting proposition though. I fully support Matt in his endeavour, no matter how foolish it may seem to some.

I whole-hardheartedly encourage you to visit Matt’s web site to learn more about his vision and his plan.

As many of you know, my former employer, Radical Entertainment basically was shut down recently. Many of my ex-coworkers are now out of a job. Because I’m lazy, my LinkedIn profile still lists Radical as the last company that I worked for. I guess some people just assumed I got caught up in the layoffs as well because I’ve received many different pieces of correspondence from recruiters and HR people, all wondering if I was interested in applying to their company. While it’s great to see the industry rallying to help itself, it’s not a good sign that most of the companies trying to help are outside of Vancouver. The industry is doing ok but apparently not here.

I need to go reply to these messages now and thank them for thinking of me but someone else is more deserving of consideration.

I received my new Visa credit card in the mail this week. In the past, I’ve been sent new cards every four or five years. This card, however, arrived in the mail just two years after the last one. In 2010, my bank had a potential security breach in terms of credit card data so they fast-tracked a new card to me. It had one of those new shiny chips on it, which was still quite new in 2010. The letter that came with the card stated it would be only good for two years as it was sort of a stop-gap card.

My new card still has the chip but it also has one new feature. It’s been embedded with magic that allows me to just wave the card at a pay terminal and my purchase will go through. There is no PIN to be entered nor any slips to sign. Visa calls this payWave. All you MasterCard readers must be chuckling because you’ve had similar magic for almost five years, that’s called PayPass. payWave is only valid for purchases $50 and under. This is a security measure as anyone could steal my credit card and pay for things without verifying their identity.

I won’t get a new card until 2016 which is a bit disappointing. The graphical design of my card hasn’t changed much since 2000 and it looks really boring. The background image of a pile of twoonies is very plain and evokes an image of a panhandler’s credit card. That’s right, I essentially have good enough credit to get a card that I could pay off using spare change.