I follow actor Kalpen Modi on Twitter. He’s got a pretty interesting feed as an entertainer and also as the former Associate Director of the Office of Public Engagement for the Obama administration. He also likes to post pictures of men leaving washrooms who didn’t wash their hands.

Last week, it looks like he was taking the subway in NYC, just like a regular dude does when he caught someone trying to take an inconspicuous picture of him. Here’s how he Tweeted the situation: 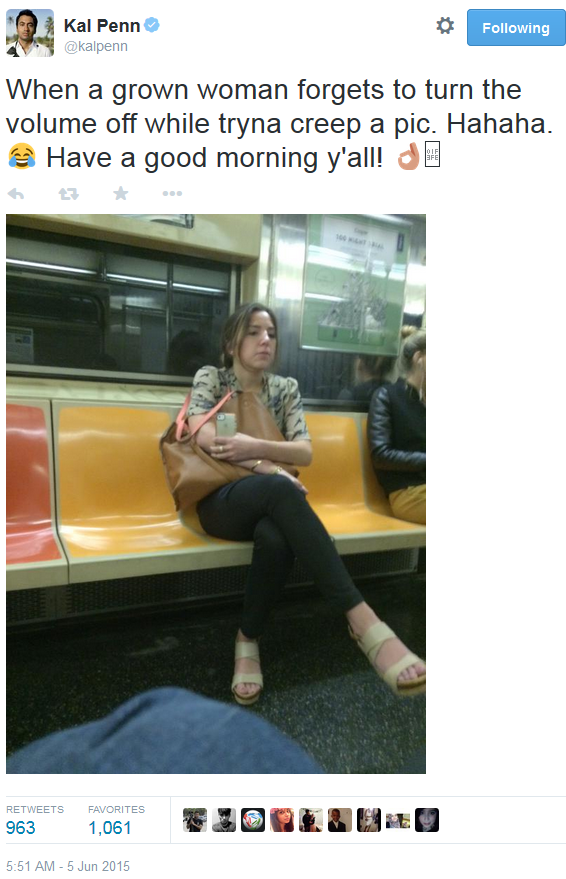 I love how he totally called out this random woman for taking his photo in an awkward fashion and took his own photo! After seeing this Tweet, I wondered if this woman knew he had a Twitter account and would see herself. We only had to wait a day for her to step up: 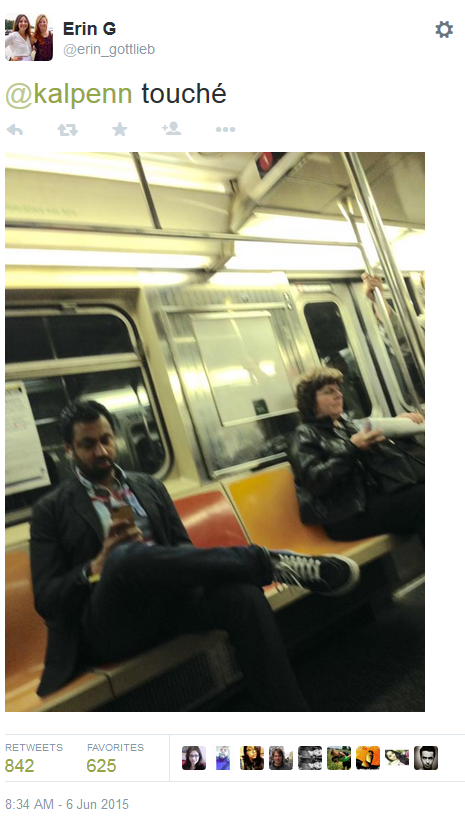 Props to her for admitting to the deed and posting the actual creeper photo for all to see. Now we know what it looked like from both sides! If you want to see the full exchange, look here. I had to use screenshots of the Tweets because WordPress wasn’t embedding them properly.