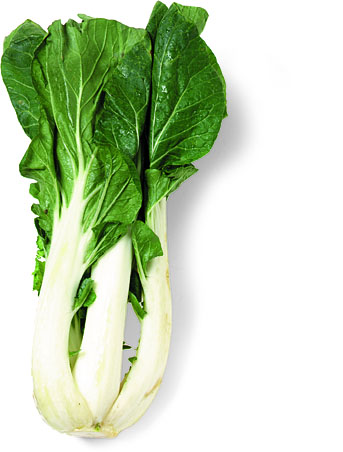 As some of you know, I bought a wok over the holidays. After an initial furry of activity with it, I put it away for a while. Last evening, I pulled it out to stir fry a new adventure: vegetables. I specifically chose a bok choy recipe.

The recipe was very simple and called for very few ingredients other than the bok choy. I first stir fried three slices of ginger in some vegetable oil. I then added the bok choy, about a pound, and stir fried that. Next came about 1/4 cup of chicken broth mixed with some rice wine, salt, and some sugar. A few minutes of stir frying and it was all done. It wasn’t that bad. I liked how it wasn’t greasy and felt like a light dish overall. It also didn’t take very long to prepare and cook. My only concern is that I didn’t impart enough wok hei into the dish but I’m still working on that skill.