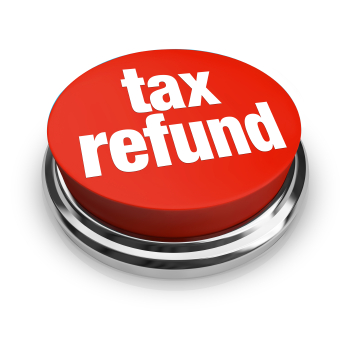 In a previous post, I wrote about how I failed to buy RRSPs for the last tax year, thus limiting my tax deductions by a significant amount. I was almost sure that when it was time to do my tax return I would have to pay taxes instead of getting a refund.

With such a fear in my mind, I hesitated to start my return. The deadline for filing is a week away, so this evening I decided to bite the bullet and do the whole thing straight away. It was odd doing a tax return without having to enter any RRSP slips. My only deductions came from charitable donations and bus passes, which made me quite leery of the final number.

Much to my surprise, however, the end result was a huge tax refund, probably one of the largest I’ve received, if not the largest. In fact, had I bought any amount of RRSPs this year, the refund would have been even larger and easily would have been the largest amount in my tax paying years. Why did I receive a huge refund when I was expecting to pay taxes? I guess after all the math was done, I discovered I had a large sum of my income deducted as tax already. My tax credits, both refundable and not, were large enough (even without RRSP help) that I was able to get money back.

The refund wasn’t even the most interesting part of the exercise. The tax program gave me a comparison of my financial situation year over year between 2012 and 2013. In both years, I had four months where I did not work, yet in 2013, my income was 45% higher than 2012. I made way more money last year than I did in 2012, yet still had the same amount of time off (the “summer of me”!). This happened because of a few reasons. For four months of 2012, I had a job that paid me significantly less than what my market salary dictated. The final four months or so of 2012 I worked at PopCap, which paid me a much more reasonable salary. For 2013, I only worked eight months but I received a massive severance package from PopCap/EA which worked out to be about four months salary. In terms of financials and probably everything else, 2013 was a great year and much better than 2012 was.

Now the question turns to what should I do with this refund money? My first thought is to buy RRSPs immediately so that I won’t forget again for the end of 2014. I have some slight hesitation, however, since my RRSPs are usually tied with mutual funds. It’s usually better to buy mutual funds when the market is at a low. Right now, most markets, Dow-Jones and NASDAQ for example, are near their year-to-date highs, which doesn’t make it the best time to buy. So perhaps waiting is the right thing to do. My other use for the money is to make a privilege payment on my mortgage. I haven’t made one of those in about two years even though I easily could have. This option is easily a sure bet and the only unknown is how much will the payment will be.

Perhaps this also calls for a fancy steak at the end of the week!