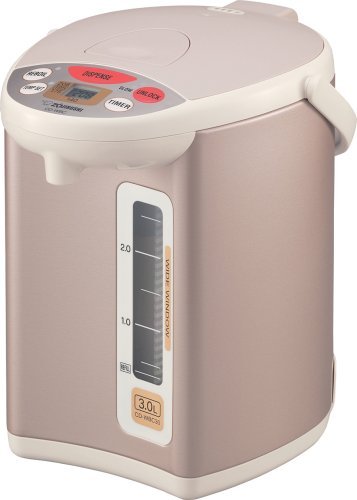 Over the weekend, I ordered a new hot water dispenser from Amazon. In the past, I’ve written about my enjoyment of drinking hot water and the dispensers that provide such water. For a few years I had an older hot water dispenser. I retired it more than two years ago. The main reason I put it into storage was that I was simply wasting too much electricity. The newer models were able to adjust the temperature of the water so that you could keep the water less hot to conserve energy. Some even had energy-saving timers. You could tell it to shut off for an adjustable amount of time and then heat up again. This is perfect when you go to bed or leave for work. My dispenser had none of these features so I just left it plugged in all the time.

Using all that electricity didn’t hit me in the wallet that much but I still felt it was the right thing to do. Since then, I’ve been heating up my water on demand with a saucepan or the microwave. It’s serviceable but not that as convenient as having a dispenser.

I decided to get another dispenser that has more features than my old one. The new model most importantly has an energy-saving mode. I can now shut the dispenser off before going to bed and leaving for work. Once I wake up or get back home, hot water will be waiting for me. It also has a dispensing motor that automatically pumps the water out. My old dispenser used a manual pump so I had to push down on a large button like I was pumping a bicycle tire every time I wanted to get some water. Now I’m also able to leave the water at four different temperatures after it boils. Apparently, some teas are better steeped at different temperatures.