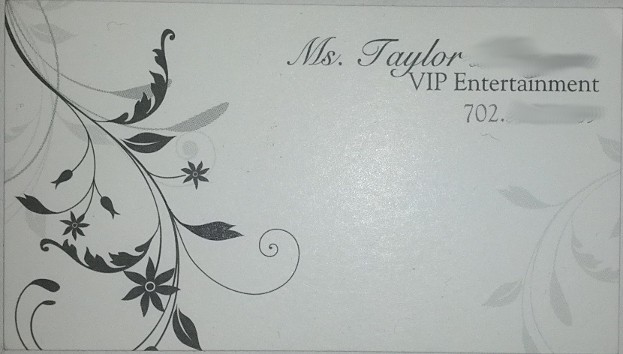 So last week while I was in Las Vegas I found myself at the New York New York hotel and casino. I was just killing some time before going to bed so I decided to play some slots and have a few drinks at the many drinking establishments in the area. While I was losing at the slots I noticed a rather attractive young woman by herself wandering the floor of the casino. Now, in my experience of visiting Las Vegas, most young women aren’t by themselves usually while at a casino. Well, there are, if they are looking to provide “VIP entertainment”.

I went back to losing my money and when I looked up again she had wandered close enough for me to randomly ask her how she was doing. I immediately knew something was up when she actually looked pleased that I talked to her. We exchanged pleasantries and she sat down next to me. She asked me where I was from and I replied. She told me she had a sister who lived just over the border in Washington state. Apparently she’d love to visit Vancouver one day. I asked her if she did this full-time. She said yes and this was her third year. Then came the pitch. It was $500 an hour for some “VIP entertainment” I honestly had to fight to keep my eyes from opening wide with surprise because I wasn’t expecting a number that high. I hadn’t planned on being “entertained” at all but with that quoted price, I sure as hell wasn’t going to do anything. I suppose that might be the market rate for “VIP entertainment” in Las Vegas but I had nothing to compare it to. My entire trip, return flight and hotel, cost just over $500, was my only point of reference.

Not wanting to be rude, I politely declined her generous offer. She slipped me her card and told me to call her if I changed my mind. You can see her card above. With that she left and continued her search. I guess if I was worth a bazillion dollars, $500 wouldn’t be a lot of money for a lady like her but for me, $500 can buy a lot of video games and sashimi. Reflecting on this though, if she’s been able to do this for three years, that must mean she’s been finding people willing to pay that price. Good for her then. If any of you are heading to Las Vegas and want to indulge in some “VIP entertainment” with Ms. Taylor, I can pass along her number, you just let me know.