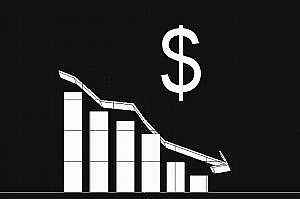 So as many of you know I live in/over an integrated transit, housing, and retail hub. When the retail portion of the complex started to open up, I knew businesses would have to be smart if they were to survive. Though the area is changing, the majority of people moving through the complex is still mainly blue-collar folks. There’s also the consideration that people are just moving through that station to get to their final destination. Keeping factors like that in mind, I knew the more successful tenants would sell or offer things that have a cheap per item cost, the items would be required by almost everyone, and would not take long for them to buy. That led me to believe any shops that sold food that was relatively cheap and that could be made fast would probably be the most successful businesses. Some brave business owners tried something else and they have suffered the consequences. Three businesses have been forced to close since last November.

The first to go was a traditional smoke shop. This place sold tobacco, pipes, cigarettes, cigars, and other accessories related to smoking tobacco. It did not cater to the marijuana crowd and did not have any bongs or vaporizers. If I recall correctly, this business did not even last two months. Society is much healthier than it was in previous decades and smoking tobacco isn’t nearly as popular as it was before. The people who still smoke would just get their smokes at convenience stores. I think I might have seen one person open the door to this place and it possibly could have been just an employee. One morning on my way to work, I could see people inside taking apart the store. It was empty the next day.

The second business to go was a hair salon. Previous to that, I saw workers getting the store ready over a course of a month. There was drywall work, adding of walls, and electrical stuff. The chairs were delivered one day and they seemed ready to go. This salon never seemed really that busy. I think I saw at most two stylists in there at once. I’m hesitant to say this but the place did not give off a cool or hip vibe. I know that a cool vibe doesn’t guarantee a good haircut or style but when we’re talking about a salon, image does come into play. It looked like a very sterile and boring place to get your hair done. I’m also fairly certain that none of the stylists brought any old clients to this place. I believe it lasted about a month. One morning I walked past the salon and there were a ton of notices on the door. They had not paid their rent, ever I think and the landlord had put their own lock on the door. One of the notices said the landlord would and could take all their equipment and sell it to get their rent money. In fact, that’s what happened.

The third business to go was an Indian food takeout place called Rasoee. Now this is an interesting situation. I believe the entire chain of these restaurants went out of business rather than this being a single failure. Their main web site is now gone and all their social media went dark around late November or early December. All their locations, not just the one downstairs from me, have been closed. Normally they’d be open until 9pm but I remember seeing them being closed up even before 7pm in the last little while. I just thought it was because most of their business was for lunch. Then just last week, notices went up on their door. They had not been paying rent for weeks.

Unfortunately, there might be one or two other businesses that are teetering on the edge. They might be able to pull through but we’ll see. In the meantime, it seems like the most successful businesses are the ones that follow the fast, cheap, and food strategy. The Safeway is doing well. Both the pizza per slice places are doing great. The Starbucks is Starbucks so no big surprise there. The dollar store is always busy because people love cheap crap.

I wonder if it’s time for a McDonald’s.