So one year ago, I was unemployed and living the high life, as least the high life for 12 year-old boys. I had finished my contract with Radical Entertainment and wasn’t doing a damn thing to look for another job until the new year. I stayed up late and did whatever I wanted. I usually just played video games all day, ate fast food, and went to bed just shortly before the sun rose. I remember it being very cold outside but that didn’t matter to me since I was inside and warm all the time. I remember thinking while people had to brave the elements in the morning to go to work, I was asleep and warm in my bed every day.

Though I undoubtedly enjoy the benefits of having a full-time job now, there is something awesome about waking up each day and being able to doing whatever you want. 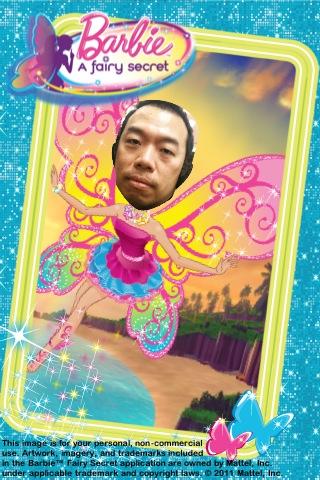 The above piece of art that features me was done by a seven year-old girl named Isabel. She is the daughter of two of my friends. If you look closely you can see I’m wearing a pair of earmuffs I bought from Daiso.

The above video features almost 40 minutes of city correspondent Stefon from Saturday Night Live, played by the talented Bill Hader. Hader has been nominated for an Emmy award and he is the first male cast member of SNL to be nominated since Eddie Murphy got the nod in 1983. As a bonus, Garth and Kat make an appearance at the end.

Did any of my loyal readers go online and shop for deals this Monday? I looked at a few sites and realized that either the deals were really that great or that I didn’t need the things that were heavily discounted.

I did wind up buying two Xbox 360 games for $20 each, which was about a 50% discount for both. Was that a smart buy? I’m not sure actually. That now brings me to five games I have waiting for me to play once I’m done with Dead Island. Will I get through Warfighter, Most Wanted, Saints Row the Third, The Darkness II, Spec Ops: The Line before the end of the year?

Maybe I should have bought a new toaster oven instead.

A few days ago, I realized I wrote many short posts in the early days of my blog. This was long before Twitter. I was Tweeting and didn’t even know it.

Hey loyal readers, I’m growing a terrible looking moustache for charity this month as part of Movember, which is something like a charitable organization.

I have exactly zero dollars pledged in my name but that doesn’t really bother me. If you’re feeling generous, here’s a link to my donation page. Alternatively, I strongly encourage you to donate to Plan Canada where your dollars will go towards helping children who are in desperate need of the necessities of life. If donate more than $25, you’ll be issued a tax receipt too.

So I’d like to tell you a tale from the beforetimes. This was before I decided to get into video game development and when I was a young and possibly naive man. I was working in my first real job after graduating with my undergraduate degree. This was a traditional engineering job so it was way more stuffy than making video games. It was a rather small company so everyone knew everybody quite quickly.

There was one dude who worked there as a firmware engineer. He was in his 40s I believe. I actually forget his name but let’s call him Larry. Larry appeared to be a straight-laced guy but he was always nice to me and pleasant to be around. I never really had a problem with him. Things with Larry didn’t get weird until a few months in. I remember coming into work and needing to talk to him almost right away in the morning. As we stood to talk, I distinctly smelled what I thought to be a strong odour of alcohol on his person. I dismissed it almost immediately because Larry didn’t seem to be under the influence of anything. I also knew that some older men liked to wear cologne or aftershave that smelled a lot like alcohol. The thought passed because nothing else gave me a reason to think Larry had been drinking. On many other days, Larry didn’t smell like anything. On other days, he smelled like that alcohol/cologne smell.

Some time after that initial day, Larry just stopped coming to work. There wasn’t a real reason why. No one told me anything initially. It wasn’t my business and being the new guy, I didn’t dig deeper with anyone else. Then one day, another firmware engineer who worked closely with Larry told me most of the details. Larry indeed had a problem with alcohol. I had been fooling myself all that time. It was alcohol that I had smelled on him all those times. He had been drinking that early in the morning and somehow drove himself to work. Larry had been able to function well enough to disguise his problem most of the time.

Unfortunately, it all caught up to him, as these things do. The other engineer told me that Larry had been found in his car, nearly passed out, in the underground parking garage of his apartment complex. He’d managed to drive his car, thankfully at low speed, into a wall. Once stopped by the wall, his foot pressed on the gas, causing his tires to spin in place and emit a great amount of smoke.

I believe the president of the company offered to get Larry some help but I’m not sure if he took it. I don’t think I saw Larry ever again. In those days we didn’t have LinkedIn so it was more difficult to find people. I soon quit my job after that all went down.

I hope that wherever Larry is right now, he got the help he needed and he’s a better and healthier person now.

I just want to quickly congratulate my friend and the woman who been cutting my hair for over 13 years, Mary-Anne Hanson, on being named MVP in the inaugural Lingerie Bowl for the Canadian Lingerie Football League. Mary-Anne, who plays for the BC Angels, threw two touchdowns and ran for another TD, helping her team defeat the Saskatoon Sirens 25-12 last Saturday.

Mary-Anne styled my hair just last Tuesday and we discussed the important game while she gave me dreadlocks. I wished her good luck but I guess she didn’t need any as she played a solid game. I am happy for her as the season had its ups and downs, namely the Angels not being able to win on the road. A good team perseveres though and they played great when it really counted.

As some you may have read, Hostess Brands Inc., the company that makes snack products like the iconic Twinkie, got into financial trouble a while ago and last week was preparing to enter bankruptcy proceedings. They were also preparing to shut down all its operations. This led to rampant speculation that Twinkie production would grind to a halt and that the popular sugary delight would be no more.

The news led people to go in search of remaining Twinkie stock, much like Woody Harrelson’s character in Zombieland. I will somewhat sheepishly admit I went looking for Twinkies after work on Friday evening but could not find any. I managed to find some Hostess CupCakes on Sunday evening but all the Twinkies were gone. They are good but not as good as Twinkies.

Today we learned though there might be some hope left in the future of the Twinkie. Hostess and their unionized workers have agreed to mediation. Could this be salvation snackers have been looking for? In the meantime, the hoarding continues.

The Internet is such a great gift to the world. Normally when I try to find more about a book, TV show, movie, or anything really from my past, the Internet will come through for me 99$ of the time. Unfortunately, it appears that rare 1% of the time has surfaced with a particular book I’m looking for.

In elementary school, I believe when I was in sixth grade, my class was given a book to read. I forget some of the details but the book was fascinating enough for me to want to look it up again. I remember the book was about a young boy who lived in the days of the Roman Empire. I believe the main character was required to take a long journey from one part of the Roman Empire to another, which could have been quite a vast distance given the extent of its borders. It was the first book that made me think about everyday life in ancient civilizations and what an average citizen dealt with back in those days. Previously, any mention about the Roman Empire in class had been in broad strokes, which was appropriate given the vast number and depth of topics relating to it. The book, however, brought the subject down to a more relatable level, that of a boy living in those times.

I have tried my best in finding the name of the book but I’m afraid I might have forgotten too many details or my memory has smudged enough details to throw off my search. Do any of you, my loyal readers, know what book I might be describing?