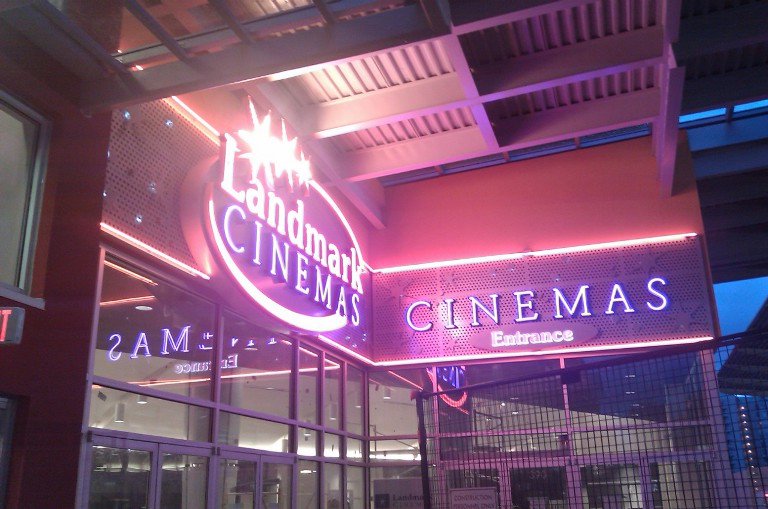 This Friday, the new ten screen movie theatre below my apartment will supposedly open for business. I expect there will be high potential for a gong show of an opening night. For one, they’ll be coming in extremely hot as construction is still being done as I type this and it’s already Tuesday. I’ve tried looking into the windows and it appears that some drywalling and painting still need to be done. At the least the sign outside is up. Second, because the theatre isn’t really finished, I don’t think the new staff will have had much training by the time the theatre opens. I’ve seen this before as many of the new shops have opened up below. A completely new set of employees are thrown at the public and it takes them a few weeks to get their bearings. I remember when the Safeway opened up, no one at the deli knew how to make a sandwich. Everything at the Safeway is fine now because months have now passed but I do remember those early days when it was very apparent that people were new to their jobs. I expect the same for the theatre workers.

Now things wouldn’t be that bad if the theatre opened to a small number of people but I don’t think that will be the case. In the municipality that I live in, there are currently no theatres for people to go to the movies. With a population of close to 70, 000 that’s a lot of people who have to go to neighbouring areas to see a flick. With the Avengers being extremely popular at the box office, I believe Friday will be a very busy opening day for my home theatre.

Will the paint be dry yet? Will your cashier know how to punch in a large popcorn? Will the projectionist know how to start the movie? It’ll be an interesting opening day for sure.