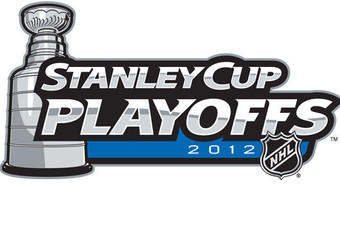 On Saturday evening, the NHL 2011-2012 regular season concluded play, which determined the final matchups for the opening round of playoffs which will start this Wednesday. As many of you know, I follow the trials and tribulations of the local professional ice hockey team in my city, the Vancouver Canucks. On Saturday, the Canucks were awarded the President’s Trophy, as the team who garnered the most points in regular season play. This was the second year in a row that they were able to claim this accolade. Of course, this accolade is virtually meaningless in the realm of professional hockey as the Stanley Cup is viewed as the only real and true prize.

As with almost every spring, I write a short post about how I predict the playoffs will go for the Canucks. Despite their tremendous season last year, I honestly did not believe the Canucks were on the verge of winning the Stanley Cup at all during their impressive playoff run. Winning the Cup is so unbelievably difficult that it’s foolish to think a team has wrapped it up until literally seconds before the horn blows at the end of the final game. As some of you may recall, the playoffs ended quite tragically for the Canucks last year.

I am predicting with some confidence that despite my best wishes, the Canucks will not be able to find their way back to the Stanley Cup Finals for 2012. On the surface, yes, they were, by virtue of points, the best team in the league in the regular season. Things are completely different this year though. In 2011, the Canucks were the clear leader of the pack, winning the President’s Trophy by a country mile. They had accumulated enough points well before the end of the season that the NHL had enough time to send the actual trophy to Vancouver and present it to the team because no other club could catch them. This year, the Canucks barely won the trophy on the last day of the season and they needed two other teams to lose (which they did). The playing field is much more even this year.

Last year, the Canucks won many of their games by simply dominating their opponents, denying them goals while scoring many of their own. Many a night, the term “ass-kicking” was an apt one to describe the outcome of a game. This year, the Canucks were in many more tighter games. They scored less and they gave up more goals. Many victories were by one goal. Now many in the Canucks organization would probably counter that a win is a win. Technically yes, but is that really true? By beating teams so handily last year, the Canucks were gifted a psychological advantage, as most teams knew the Canucks were more than capable of winning in a very convincing fashion. This year, the tighter games meant that teams probably thought they were able to keep up with the Canucks on most night. Save for perhaps a few unlucky bounces, they might have even beaten them. I don’t think teams fear them as much as last year.

The team’s star players also had less impressive outings this year. The Sedin twins, whom were league points leaders for the last two seasons, were not able to repeat the feat this year. Though, I must admit, Henrik did finish with the most assists in the league with 67. Ryan Kesler who scored an impressive 41 goals last year, scored about half that this year, while also scoring about 20 less points in total.

The team also lost a few players from last year. Most notably, defenseman Christian Ehrhoff bolted for Buffalo for about a billion dollars. He was an offensive talent on the blue line and I wonder if he had something to do with the more limited goal production this year. Though many people think his departure was a non-factor this year, the loss of Raffi Torres meant the Canucks were less tough. Torres brought a real physical presence to the ice, with his hit on Seabrook in the first round as a classic example. Some would argue that his departure was off-set by the arrival of Zack Kassian but with all due to respect to Kassian, he hasn’t done much in the way of anything since his arrival. Not only that, he was injured several games before the end of the season and his status for the playoffs is unknown.

The Canucks also showed an alarming breakdown in defensive play during the last bit of the season. Last year, they gave up the fewest amount of goals in the league but this was far from the case this year. During the last few games of the season, the Canucks seemed content with giving up high quality scoring chances to opponents. If this behaviour were to repeat itself in the playoffs, an early exit would be an easy prediction.

Last but not least, I have to mention injuries. Currently, Daniel Sedin is recovering from a concussion which he received before the end of the season. It’s been almost two weeks since he played last. Now there are reports that he will play on opening night but I have concerns about how he’ll do given his absence for the two weeks. Will he able the same player he was before? Can he take a hit like before. There are also concerns for the hidden ailments that might be plaguing other players. Defenseman Kevin Bieksa was given several days off for “maintenance” which was ridiculous as I’ve never seen a player given more than a day for “maintenance”. What injury was he hiding and how bad is it still?

For the reasons stated above, it is my unfortunate belief that the Canucks will most likely not return the Stanley Cup Finals. They might advance a round or perhaps two but it just seems very unlikely they have the required pieces to get back into the big dance. I will say this though, I am cannot account for the single yet quite impressive intangible factor that exists… Cory Schneider. The so-called “backup” goaltender for the Canucks was phenomenal for the Canucks this year, playing consistently well throughout the season. Could he be the piece that tips the scales in favour of the Canucks? I don’t know.

Still, my feeling is this will be another spring of disappointment for Vancouver Canucks fans.