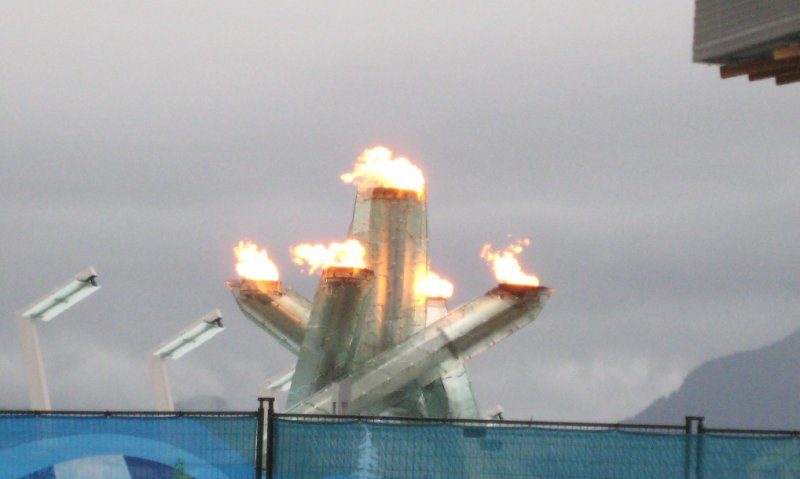 Odds are that if you’re Canadian, you know the Olympics started this weekend in Vancouver. The opening ceremonies on Friday night became the most watched television program in Canadian history. I thought the ceremonies were well-done for the most part. I really didn’t have high expectations though, as I didn’t think anything could turn BC Place into anything other than a block of concrete. I was wrong though, as the aging stadium was almost unrecognizable (in a good way). There must have been some crazy expensive projection technology being used because it quite impressed me (especially the whales). I also enjoyed the large bear whom I thought might actually animate. Props to the person who decided that a slam poet was a good thing to have at the Olympics. Shane Koyczan is going to be a popular guy going forward. I only wish two things could have been different that night. First, I wish that fourth arm of the cauldron would have worked. Talk about a logistical nightmare. Second, when Gretzky was on that pickup truck, someone should have held back the unwashed masses that tailed the Great One almost the entire way to Coal Harbour. Overall though, it was a good show.

If you’ve lived in Vancouver for any appreciable time, I must say if you can, you have to see what this city is like right now. It’s unbelievable. Downtown Vancouver appears to be just one giant party now. There are people everywhere. The vibe and atmosphere is quite positive and nearly everyone is in a great mood. I’ve lived in Vancouver for many years and I don’t think anything comes close to what I’m seeing now. While in any normal circumstance, it’s fun to live in downtown Vancouver, it seems like such a special treat to be living there now. I’m quite envious of some of my lucky friends who make their home there.

The downside of all this activity is that there are long, long lineups nearly everywhere you go. The free pavilions, exhibits, and shows don’t have just reasonable lineups, they have stupid long lineups. Some of my friends watch the entire opening ceremonies while waiting in line for the German Fan Fest tent. The consensus was it was not worth queuing up for three plus hours. That was a reoccurring theme that I heard from many people over the weekend. The waits were so long, what was waiting for you when you got in just wasn’t worth it. Take for example, the free zip line ride across Robson Square. It looks super fun as everyone can watch people fly through the air over one of the most popular destinations downtown. Unfortunately, people are waiting up to five hours for 15 second ride! Five hours. That might be your entire day right there.

The key to seeing everything without lining up too much is to time it right. If possible, don’t go at the busiest times. Yeah, that sounds too simple but it’s true. Take for example the Saskatchewan pavilion. On Sunday night, the lineup was less than ten minutes. Go when people are at work if you can. It’s in this regard that I envy a friend of mine who’s currently unemployed. He gets to go to everything anytime he wants, without major hassles.

The city is alive with excitement and the actual events have barely started. Could this city become even more electric?

One thought on “FIRST OLYMPIC WEEKEND”