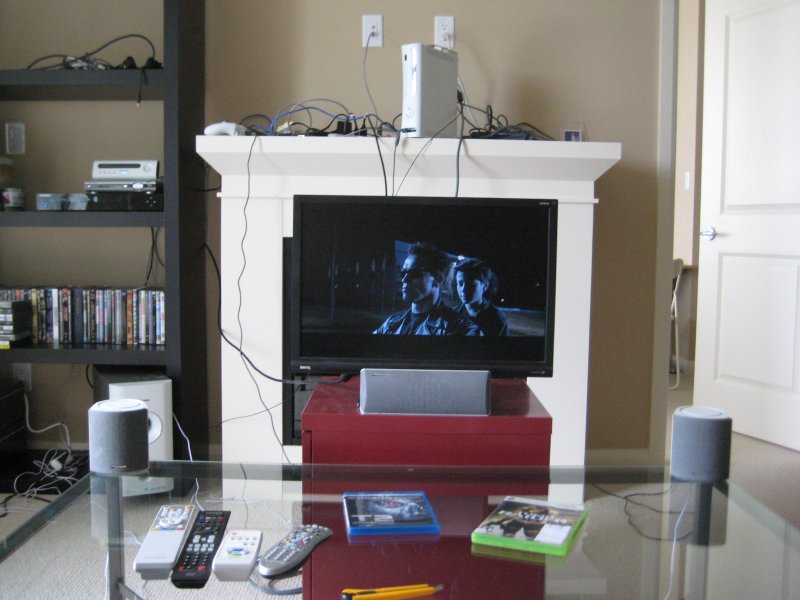 As many of you know I still haven’t bought a HDTV for my apartment. Part of the reason is that I’ve had to pay for a lot of one-time costs associated with purchasing a new apartment. As you can imagine those costs aren’t exactly five dollars here and ten dollars there. Another reason is that I just can’t seem to commit to a particular model I would feel happy with. You know, I kinda I wish that previous sentence was referring to lingerie models. Ah, anyways I believe it’s actually a drawback that I have a technical background. As such, whenever I go do some research, I feel the need to process all the data that’s provided in the TV’s specification documentation. I’m sifting through contrast ratios, input/output configurations, company-specific technologies, the list goes on and on.

In a way, I wish I could be like many of the consumers I see at Future Shop and Best Buy. Most of them just pick a weekend to buy a TV and they do it. They go into the store with a budget in mind (and usually won’t go over it) and for the most part, not all that educated in HDTV technology. They usually get a salesperson to show them a few models in their price range. Then they make their choice on completely uncalibrated TVs in an environment that is far from what their living room is. A few of them then drive home their new TV in the same hour. While I would never buy a TV like that, I admit I completely envious of their savings in time and effort. Having said that, I’ve narrowed my choices down a bit this weekend and we’ll see what next week brings.

Ok, so in the picture above, you can see what my slapdash, ghetto, duct tape entertainment centre solution looks like. The “centerpiece” is a 24″ LCD monitor with a single HDMI input along with DVI and VGA. It is resting on a red metal filing cabinet I bought at Ikea. For aural pleasure, I’m using my dated yet still effective Pioneer 5.1 sound system. It decodes regular Dolby Digital and DTS only but at least I have digital optical out (which is good enough for me). What the picture doesn’t show is my two surround sound speakers which are on speaker stands behind the couch. For movies, I’ve got a Samsung Blu-ray player. In the picture, it’s the black thing on the shelf above the DVDs. It’s not exactly the fastest player out there but certainly a lot faster than the initial models out in the market. It has Ethernet capability which makes it great for firmware updates and BD-Live. For my TV viewing, I have an HD box from Telus (part of my year long free TV and Internet). I watched Saturday Night Live in HD for the first time two weeks ago and it was awesome. Finally, for my gaming pleasure I have my trusty first-generation Xbox 360 which has never had any problems. It’s sitting on my useless fireplace mantle (I really do not like that thing). It plays games of course but it also allows me to stream movies, music and pictures to my display device and sound system.

So until I get a real TV this is what I have in my apartment. I’m not sure if the picture really demonstrates this but the my entire living room is crawling with wires. Just look on top of the mantle. Those aren’t extra cables you see. Everything there is needed to properly hook up all the equipment. It might surprise you but nearly every device needs to be connected to the Internet now.

I’m going to clean up the wires once I get my TV. For now, it’ll just have to be. Last but not least, a free et.com key chain for the first person who can identify the Xbox 360 game on my coffee table.