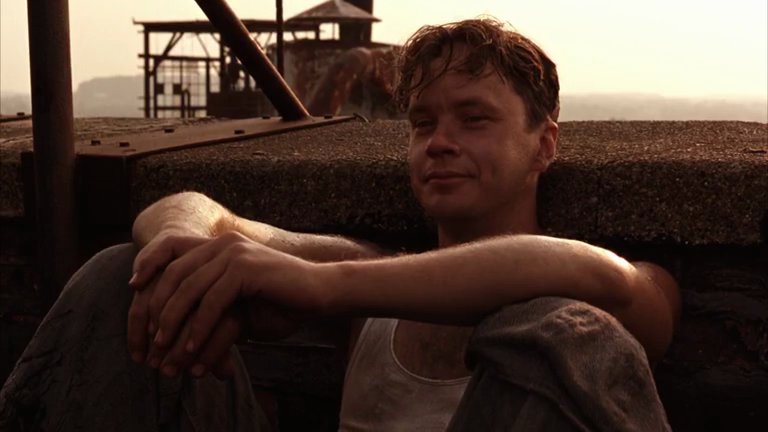 It’s been hailed as one of the best movies of all time. On IMDb.com it’s sat at the number one spot for several years running now. Despite all the accolades, it took me until this week to finally watch The Shawshank Redemption.

When it was released in 1994, it did not originally garner all the critical acclaim that it has now. Over the course of fifteen years, people have seen this movie via cable TV, DVD, Blu-ray, and the Internet (ahem). Though it managed to snag several Academy Award nominations when it was released, Shawshank lost out in every single category to Forrest Gump. Time has been kind to Shawshank. It now regularly rates higher than Gump on many movie lists.

Was it as good as I thought it might be? Yes, it certainly lived up to my expectations. The story wasn’t complicated but it was uplifting. It was wonderfully acted. I think this remains Tim Robbins best work. As always, Morgan Freeman makes any film that much better. I believe its universal appeal lies in the themes presented by the movie. The concepts of prison, freedom, good vs. evil, and redemption can resonate with all people.

I wish I had seen this movie earlier. What other cinematic delights await my discovery? What is this Waterworld everyone speaks of?

4 thoughts on “THE SHAWSHANK REDEMPTION”