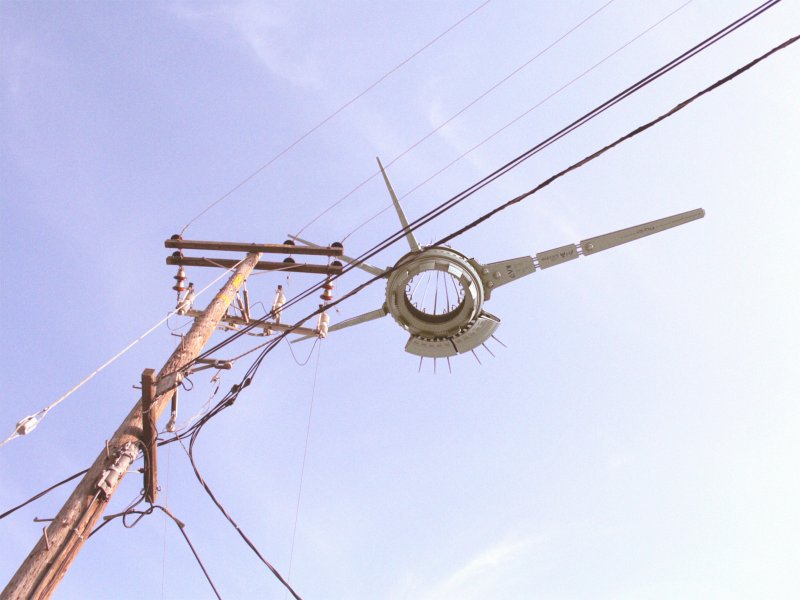 Being a fan of science fiction, science in general, and technology, you can understand why I find the UFO phenomena to be fascinating. As a kid, I read all the material that I could about the “Roswell incident“. It’s a cliche but I truly want to believe.

Most UFO reports or sightings don’t come with compelling evidence. Other times, when there is evidence, it’s so clear that it’s some sorta hoax that used Photoshop or CGI. This is why a series of reports and sightings that happened about two years ago really caught my attention. I only read about it last week and I’m surprised I didn’t read about it earlier.

Around May of 2007, people in mainly the western part of the US started photographing a strange but certainly distinctive object in the sky. It would appear suddenly where there was nothing there before and did so almost silently. The object linger in the sky for a bit and then it would disappear as quick as it appeared. Multiple reports came in and in many cases, witnesses were able to take considerably more than one photo. The object also appeared to have strange markings on it. For you sci-fi fans, the markings looked like symbols in the Matrix rain or the Galactic Basic Standard in the Star Wars universe.

Before we continue, look at the various reports and photos for yourself:

After the various pictures made their way to the Internet, the object was dubbed as the “drone”. Now I found the pictures to be fascinating for several reasons. First, the drone was captured in near crystal clarity in several of the photos. In years past, there have been so many fuzzy and blurry photos of supposed UFOs that even an insect on the camera lens could have accounted for the “UFO”. The drone photos though show so much detail, down to the thin spires. Secondly, the photos supposedly come from different people in different locations. It’s just not one guy who just happened to snap some great photos. The drone photos came from locations that were significantly far apart.

Now if that weren’t enough, there is also the last but perhaps the most interesting part of this mystery. After the photos came to light, a man who identified himself as “Isaac” revealed that he worked on portions of the drone in the 1980s. Isaac wrote a detailed report on his involvement but I’ll summarize the important bits here. First, Isaac was apparently employed by the US government on a very secret project called CARET which stood for “Commercial Applications Research for Extra-terrestrial Technology”. Isaac worked out of a non-descript building in Silicon Valley that just happen to have alien technology in it. When he first was brought on board, he and others were told plainly that the items they would analyze were not of this planet. Isaac’s task was to examine, analyze, understand, and exploit the alien technology in the hopes it could be used on Earth for our own, possibly commercial, purposes. I encourage you to read Isaac’s own report here. He goes into great detail and also includes pages from a quarterly report, diagrams, and several photographs of items that have the same markings found on the drone. In short, Isaac claims the drone is US government property that is utilizing alien technology.

Now if you’re finding this all too much to believe, I can certainly understand. The type and quantity of drone “evidence” is astounding, compared to what was out there previously. The pictures are crystal clear in some cases. Then comes this “Isaac” guy to explain away a large portion of what supposedly is going on. Also, all of this happened in a span of just a few months in 2007. After a while, no other reports came in and no other photos were taken by any more eyewitnesses. Does this seem a little too convenient? Possibly.

The Internet, of course, has taken sides. On one side is the “drone research team” which appears to be leaning slightly towards believing the drone might be real. On the others side, are the drone hoaxers who believe someone is laughing their ass off at all the fuss being made from a couple of Photoshopped photos.

What do you believe? No matter what you think, you have to admit, there’s some incredible photos to look at and a pretty far out report to read.