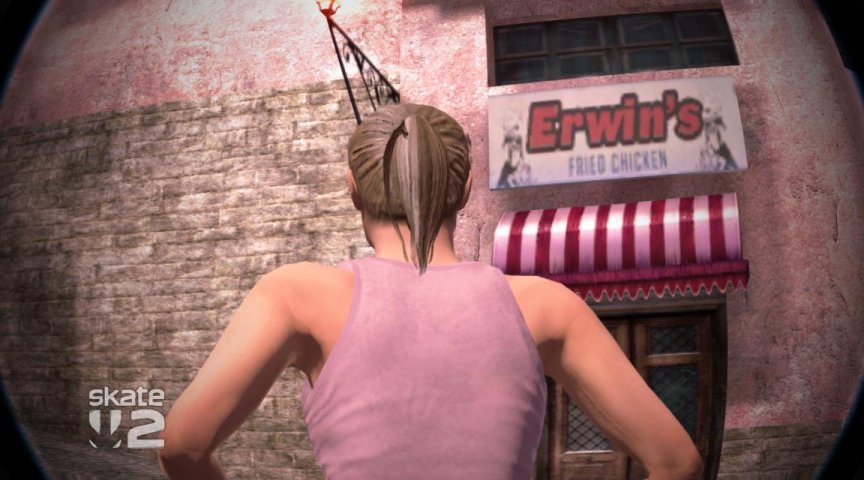 You might remember in the first skate game, the city of San Vanelona contained a series of lobster restaurants where I was the owner. For skate 2, the artists on the dev team have once again placed signs through the rebuilt New San Vanelona featuring the names of everyone who worked on the game. The signs are much larger and fancier this time around. Some people even have 3D signs as opposed to a simple 2D texture placed upon a polygon. As you can see above, after the original San Vanelona was destroyed, I was able to rebuild my food empire. Leaving lobsters behind, I now sell quality fried chicken items to city residents. EFC, as I like to call it, apparently has done quite well in the new city, as several outlets can be found in the Old Town district. If you look carefully, you’ll find my flagship location featuring three EFC signs side by side. 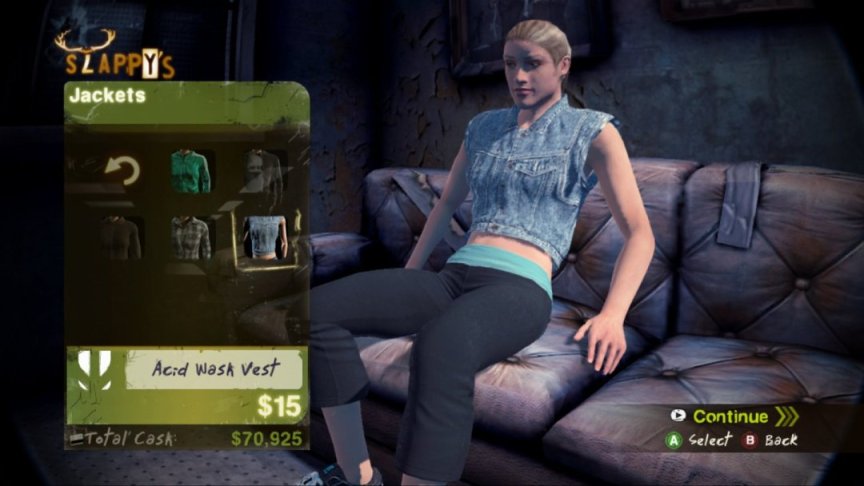 The image you see above is from the clothing selection feature of skate 2. In the original skate, you couldn’t play as a female. For the sequel, as you can see, we’ve remedied this. Note the wickedly awesome acid wash jean vest the character is wearing. I actually own the real world jean vest from which the digital version was modeled after. At the beginning of development, there was a call for certain clothing items to be brought in so that the artists could begin to fill out the library of clothing to be used in the game. One of the items requested was a jean vest, so I brought mine in. Whoever was in charge of the clothing decided my vest was good enough, so I was told that it would make it into the game. What I didn’t know until almost half a year later was that my vest was going to be a female only clothing item only! Also, if you don’t believe I really own the item in question, I invite you to look at this picture.

So there you have it! Aside from the hundreds of lines of code I wrote for skate 2, these are the two most visible references to me in the game.

3 thoughts on “PERSONAL TOUCHES IN SKATE 2”