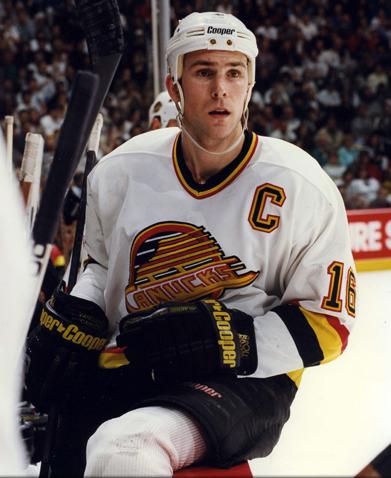 It’s expected that tomorrow morning at 11am, Vancouver Canuck legend Trevor Linden will announce his retirement from professional hockey. The press conference at GM Place will mark the end of an incredible two decade long career.

It’s hard to describe what Linden’s tenure with the Canucks has meant to city of Vancouver, from both a hockey and community service point of view. Let’s start with the hockey stuff. Linden was draft second overall exactly twenty years ago tomorrow. He was the Canucks first-round pick in 1988. Vancouver had a horrible history of first-round picks, with most of their chosen players winding up to be disappointments. Linden broke that string of bad luck, posting great numbers in his first season. He wound up second in voting for the rookie of the year award at just eighteen years old.

His impact and growth as a player led the team back to a sense of respectability around the league. At 21, he became the youngest Canuck captain in history and back then was the youngest NHL captain ever (Sidney Crosby has since taken that title). As his successes as a player grew over the years, it was ultimately the 1994 season that will forever define Linden’s hockey history in Vancouver. GM/coach Pat Quinn had assembled a story book team that made an improbable run to the Stanley Cup finals. Though there were many, many Canuck heroes in the spring of 1994, it was Linden’s performance in game seven of the finals that I will always remember. He scored the only two goals that the Canucks got in that game. You could almost see him try to win the game based on sheer will. Alas, the Canucks fell a single goal short. When time ran out, there was a camera shot of Linden on one knee on the ice, next the boards. His gloves were off and his hands were to his face. He looked tired. He had given it everything he had.

I think from then on, Linden’s place in Canucks’ history was pretty much assured. It’s now weird to think Linden actually spent three years away from Vancouver. Which I must say, if I ever meet Mike Keenan in person, I’ll certainly let him know I’m a Trevor Linden fan (and that’s putting it politely). Once back as a Canuck and in his twilight years, Linden’s role changed. He was relied on less for scoring and more for leadership. It was an honour to attend his last game.

Though his hockey credentials are indeed impressive, it’s Linden’s community service that has endeared him to an entire city. Though Linden participates in many charitable functions, his dedication to children’s charities for two decades resonates deeply with the city. He is a frequent visitor to BC’s Children’s hospital and Canuck Place, a hospice for children. Though we’ve all seen athletes pose with sick kids, Linden’s dedication to cause goes beyond the photo op. I cannot think of another athlete that has the class and dignity to actually attend the funerals of some of the kids that didn’t make it. That Linden had that much impact on the families involved speaks volumes about his character. Among the many accolades he has received for his service to the community, Linden was awarded the Order of British Columbia in 2003.

It’s expected that Linden’s number 16 jersey will be retired next season and raised to the rafters of GM Place. When that happens, I’ll steal a line from Jim Hughson and say we’ll honour “a great hockey player but an even better person.”