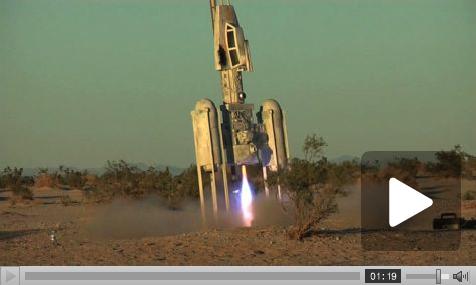 In recent days, the Internets were all a-tizzy about the 21 foot scale model of the X-Wing that actually launched in the air with the aid of rocket motors. It got a lot of attention for something that flew for all of about three seconds and then promptly disintegrated so much like Red Leader.

What most people don’t know was that there was also a Y-Wing present at the same event and its launch was much more successful. If you look at the high quality video of the Y-Wing launch on this page, you’ll a much more impressive display. Yes, the Y-Wing did lose its nose after liftoff but it flew higher and longer. It even had time to deploy its parachute, ensuring the majority of the Y-Wing landed somewhat safely.

Give props to the Y-Wing guys!