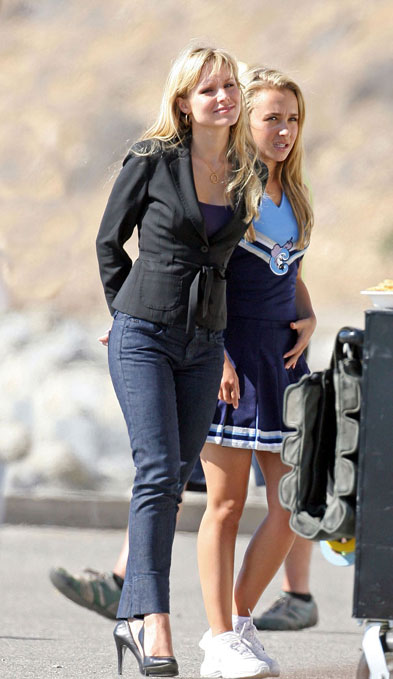 Though I probably fall into the perfect demographic, I actually don’t watch the NBC show Heroes. It’s interesting to see, however, that actress Kristin Bell is now on the show for a few episodes. Bell is coming off Veronica Mars which was unfortunately cancelled last season.

The picture above is from filming last week where Bell and Hayden Panettiere were in a scene. More pictures can be found here. There’s nothing special (no spoilers) about the pics, except for perhaps one where the two actresses look like they’re about to make out.

One thought on “ON THE SET OF HEROES”