Between work and celebrating the 30th anniversary of Star Wars, I forgot a rather important date last month. May signalled the 10th anniversary of the completion of my undergraduate degree in mechanical engineering.

Yeah, I’m not a mechanical engineer anymore. Plus, I went on to get graduate degree as well. Nevertheless, the undergrad degree still remains the most difficult thing I’ve done to date.

Well, enough of that looking back stuff. To new adventures!

I’m getting my hair cut today which is something I’ve needed to do for many weeks now. I think it’s been almost two months since my last one. My hair has reached comical levels of afro-ness.

I was going to take a picture for all to see but I just couldn’t bring myself to capture the moment forever!

My alarm didn’t go off this morning. Now I’m “late” for work. This isn’t fun.

On any given day, there are literally millions of MSN instant message conversations going on in the world. Some conversations are mundane, others are entertaining, while most lie in between. I would like to share with you one MSN conversation I had today. I was talking with a friend, let’s call him Jim. Jim is thinking about doing a lateral move in his company. He has some reservations about it and is still mulling it over. Here’s my response…

Erwin says:
And then, when the fear rises up in your belly, you use it. And you know that fear is powerful, because it has been there for billions of years. And it is good. And you use it. And you ride it; you ride it like a skeleton horse through the gates of hell, and then you win, Jim. You WIN! And you don’t win for anybody else. You win for you, you know why? Because a man takes what he wants. He takes it all. And you’re a man, aren’t you? Aren’t you?

I totally wrote that off the top of my head… yep, sure did. I also had Shake ‘n Bake chicken for dinner tonight.

I am having dark chocolate for breakfast.

I’ve had two really bad taxi drivers two nights in a row. It’s been a shame since I’ve really enjoyed talking to almost all my previous drivers.

The dude that drove me home last night was unbearable. About a minute into the ride home, I noticed he started sniffling and clearing his throat. He was sick with a cold. Crap. He was blowing his nose, coughing, and making strange noises in his throat. It was gross. Then kept on touching his nose with his hand. Then he spontaneously sneezed this humongous wet sneeeze. I swear I could see droplets on the inside of the windshield. Here I am less than three feet away from him. I’m thinking the entire time I’m basically stuck in a cold-virus incubator for 40 minutes.

It was an awful cab ride all the way home and it took all my strength not to stick my head out the window the entire time. We finally arrived and I knew it was going to get dicey at the end when he had to hand me a pen to sign the taxi voucher. I gingerly took the pen, being careful not to touch it where his fingers had been. I signed it and just got the hell out of there.

Once I got inside, I didn’t touch anything and marched straight to a sink where soaped up both my hands and arms up to my elbows. I did a thorough rinse and scrub. I think it worked because I feel fine today.

So if that wasn’t bad enough, I had an equally horrible experience the night before. This guy in his 50s or so wasn’t sick but he just wouldn’t shut the hell up. As soon as I got in, he started with his life story. Now I like talking to cabbies but most of them know how to talk to a fare. It’s a lot of give and take. I ask them questions and they answer. They ask me about myself and I answer. This guy was just me me me me me me me I lost all my money in a Mexican bank me me me me me me I’m trying to build a condo development me me me me me me I hate the cold me me me.

That’s not all. When I first got in, he saw I was an EA employee. He told me the other night he drove a co-worker of mine home to Port Moody as well. He called him a “Limey”. I thought that was rather odd but ok, sure whatever. That was a sign of things to come.

He knew I worked for EA, so he tried steer everything into tech talk. He wanted to talk about that “game company in Seattle that did well for a few years but had to shut down, they made Super Mario Bros. or something”. Yeah, that’s right buddy, Nintendo did great but that Wii is really doing themselves in right now. I just said nothing. Then he went onto some rant about how Bill Gates is an idiot. Very good. Did you read that somewhere? I again said nothing.

Then came the most awesome part of the ride. He mentioned how Microsoft didn’t really innovate. He said the Japanese had been real innovators and then he threw in this gem.

“Those Japs have lost their edge. It was Apple that invented the Ipod. Japs are losing their touch.”

To end the whole thing he wanted to know if LCD or plasma TVs were better at recording movies. Apparently he thought display technologies had some bearing on how well one recorded images. He made the analogy of Beta vs VHS… yes, because both are image storage technologies. At that point, I wanted to ask him to pull over on the highway shoulder so I could walk the rest of the way home.

Just for completeness, these drivers were from Vancouver Taxi. I hope they somehow read this.

I took the bus tonight. 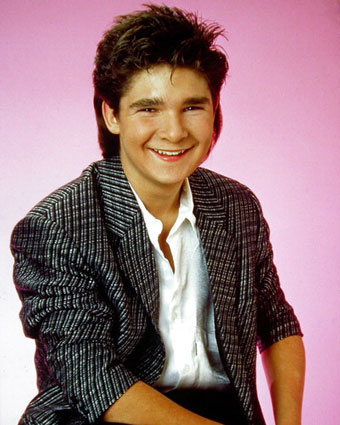 Given that I’ve been working my fat ass off to get this game out the door, I’ve had little opportunity to get a haircut. As such, my hair essentially looks like the do that Mr. Corey Feldman sports in the above picture. Actually, I wished it looked as good as that.

If you click here, you’ll find another picture Corey in more recent times. If you know how Corey was able to get that to happen, you let me know.

I’m sure a lot of you have heard of local author Douglas Coupland and his book J-Pod. It is loosely based on a large video game development company located in the Lower Mainland. It doesn’t take a genius to figure out that company is Electronic Arts.

Did you know that CBC is turning it into a TV series? Apparently, they have written the first ten episodes already. Thanks to something that happened in the studio last week, I now know what part of the eleventh episode will be about.

Last week, there was an “incident” on our floor. The whole thing was actually funny from the get-go. It involved an opening of some cherished item that had been on the desk of a software engineer for apparently seven years. There were many e-mails sent out about it and someone even wrote a poem.

One of the managers was at a dinner later where she told some people about what happened. It turns out one of the diners was a CBC producer. She thought it was a really funny thing and so they’ll try to write it into one of the episodes!

It sure was a mistake at 11pm to download a Xbox 360 demo of a game called Vampire Rain. Now I have no time to write a detailed post.